Knowledge of languages is the doorway to wisdom.

At Robert Arkenstall we  recognise the importance of developing language skills to enable children to communicate with a variety of people and in a variety of situations. In an increasingly globalised community, it is important for children to appreciate different cultures and languages, and develop an open-minded attitude. We teach Latin in Year 5 and 6 as we believe the teaching of Latin is an important way of developing an understanding of English grammar and etymology, and of nurturing an appreciation of how modern languages work.

In KS2 we aim to develop the following essential characteristics of linguists:

Languages are taught on a two-year cycle: French and Spanish in Years 3 and 4, and Latin and French in Year 5 and 6.

Spanish and French are taught using  Oak Academy resources. The curriculum map for French is designed so that Years 5 and 6 work builds on the topics covered in Year 3 and 4.

Lessons and units are knowledge and vocabulary rich so that pupils build on what they already know to develop powerful knowledge. Knowledge is sequenced and mapped in a coherent format so that pupils make meaningful connections.

Lessons set out to teach and practise the three main bodies of knowledge that research indicates are fundamental to progress for beginner language learners in a classroom setting: These are phonics, vocabulary and grammar.

Our Curriculum Maps for French and Spanish and Progression of Skills documents can be found at the bottom of this page.

Latin is taught using Minimus, a unique Latin course for younger children. It's based on a real family who lived at Vindolanda in 100AD: Flavius, the fort commander, his wife Lepidina, their three children, assorted household slaves, their cat Vibrissa - and Minimus the mouse! You can click the mouse below for more information and fun resources to use at home! 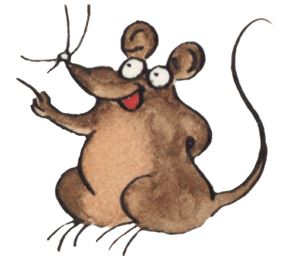 As a result of our languages curriculum, children will have a greater understanding of how to communicate in different languages, and be able to speak, listen, read and write using familiar vocabulary. We also hope that when children move to secondary school, they are able to build on the foundations we have developed at Robert Arkenstall.  We hope that they will be able to make connections and notice similarities between languages, whether that is in vocabulary or grammar skills.

Feedback from out feeder Secondary schools is that children from Robert Arkenstall are particularly good at languages, especially Spanish, and have a love of Latin!

We aim for children to leave Robert Arkenstall with an internationally-minded outlook. We want children to be curious about different cultures and countries and open-minded when communicating with people from different backgrounds.