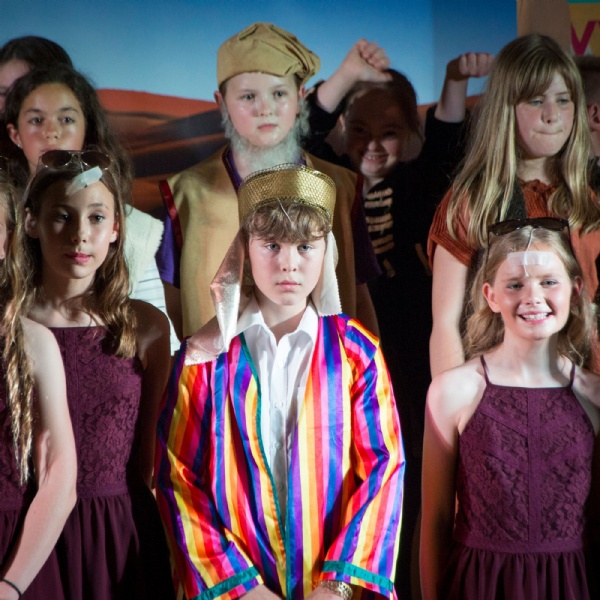 The final show  of 'Joseph' was truly amazing.  All the cast performed their hearts out - even the goat!   A sudden downpour of Biblical proportions seemed a fittting start to proceedings! Despite some dampness amongst the cast and supporting crew spirits were high and excitement abounded!

Mrs Maynard, the musical director, produced a virtuoso performance on piano whilst Mr Fisher, in appropriate costume, directed the cast like a professional!

Every single member of the cast was a star!

More photos over in the gallery......