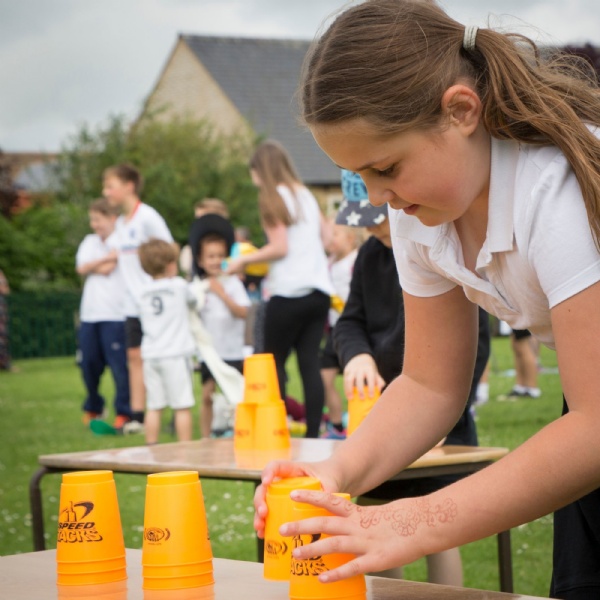 Friday 8th July dawned damp and blustery.  Would Sports Day be able to go ahead? Luckily the rain stopped and the breeze dried the ground - Sports Day was on!

Sports Day is always a popular event with the children and this year was no exception.  High spirits and loads of enthusiasm was in evidence all through the school.  The four houses - Red, Blue, Yellow and White were all keen to get their hands on the cup.  Yellow, who won last year, were sure they would do it again - but would they? 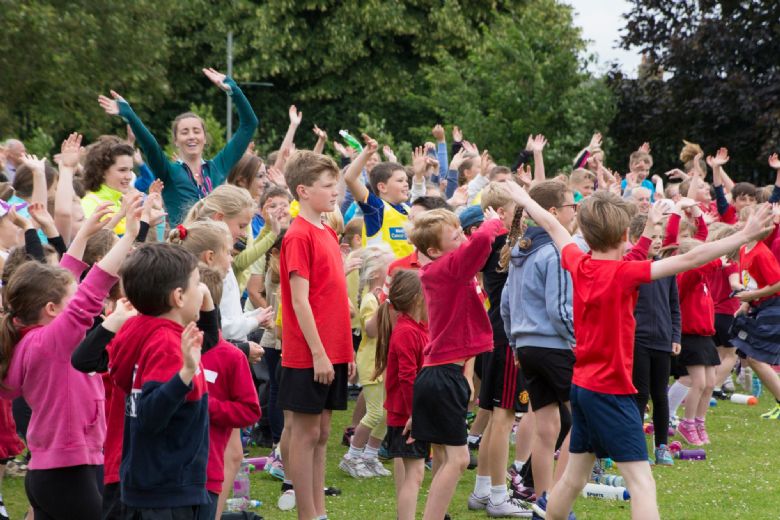 The whole event was overseen by Mr Sharp with Mrs Bonney and Mr Fisher keeping track of the points for each house. 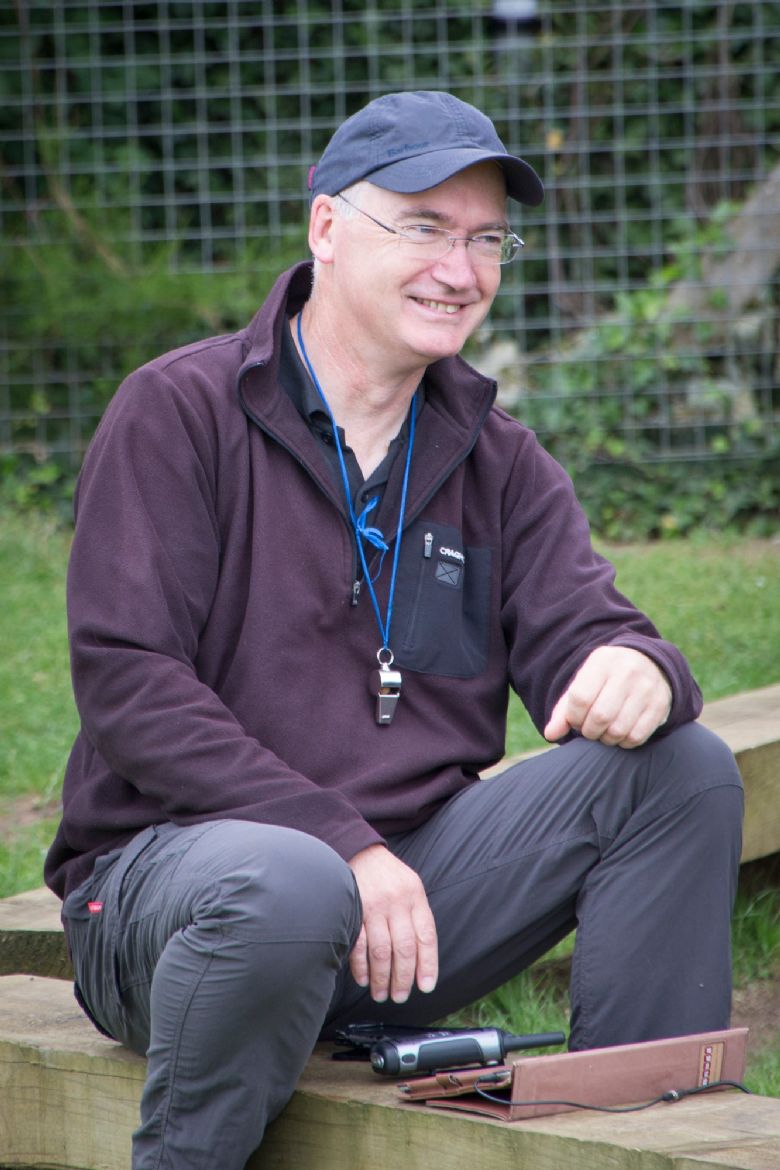 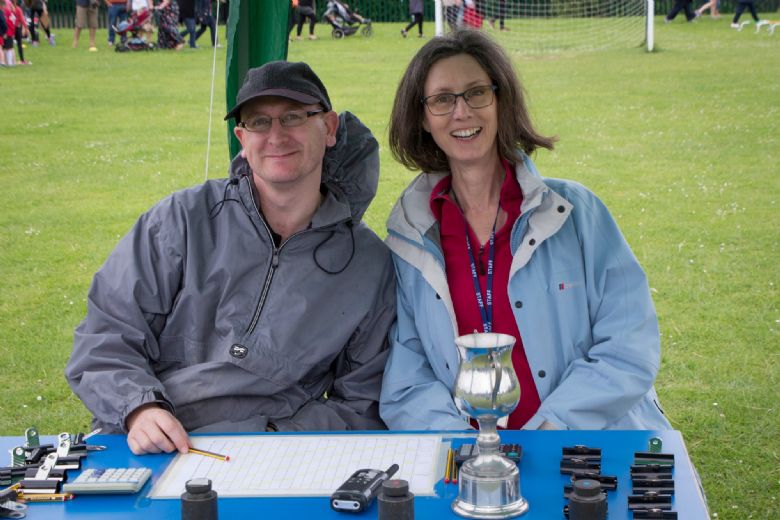 After a parade of the teams, a warm up led by Year 6 and the National Anthem, the day got underway.  There were 17 events ranging from the traditional egg and spoon to cup stacking and including -  Bean bag race, Football shot, Obstacle race and Fancy Dress race!  Everyone got a chance to try everything and earn points for their team. 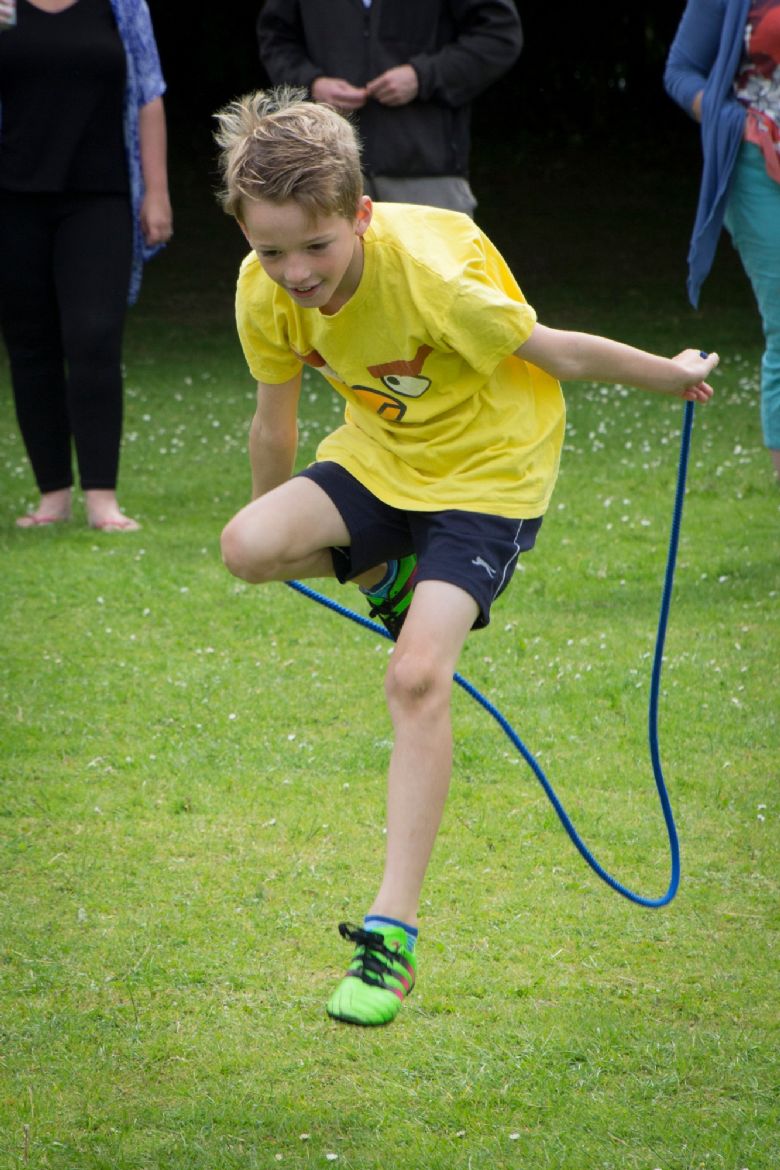 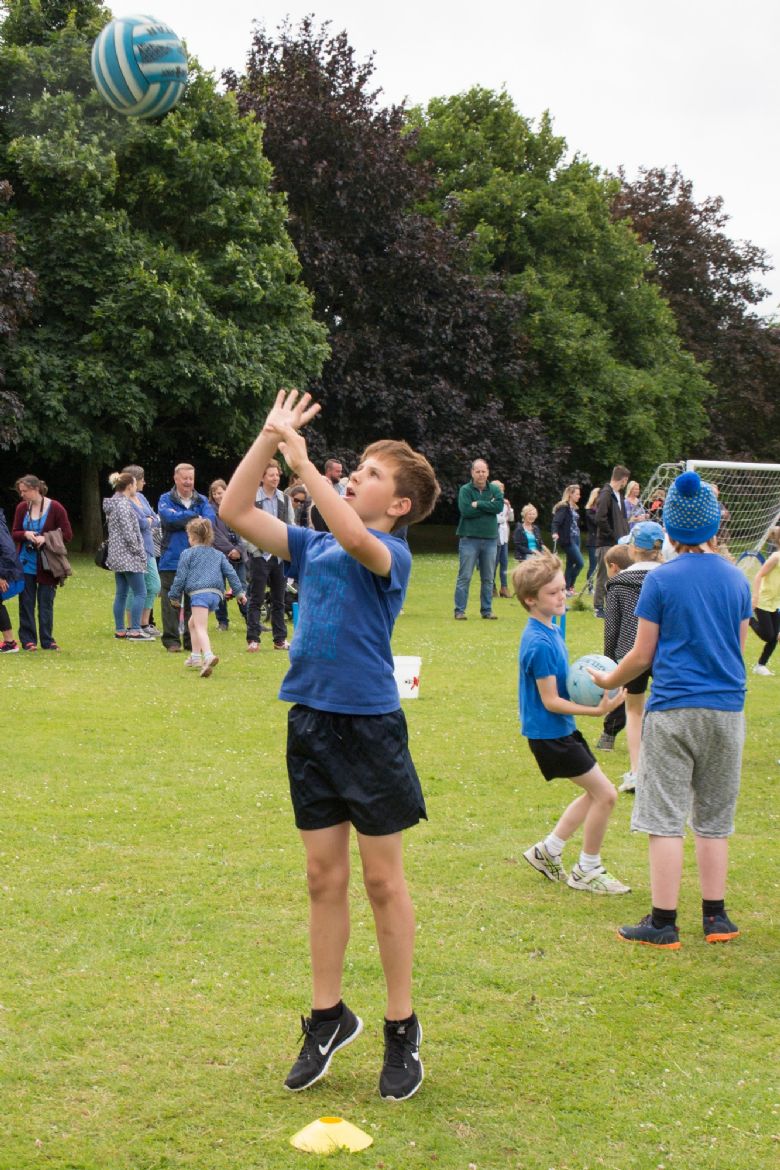 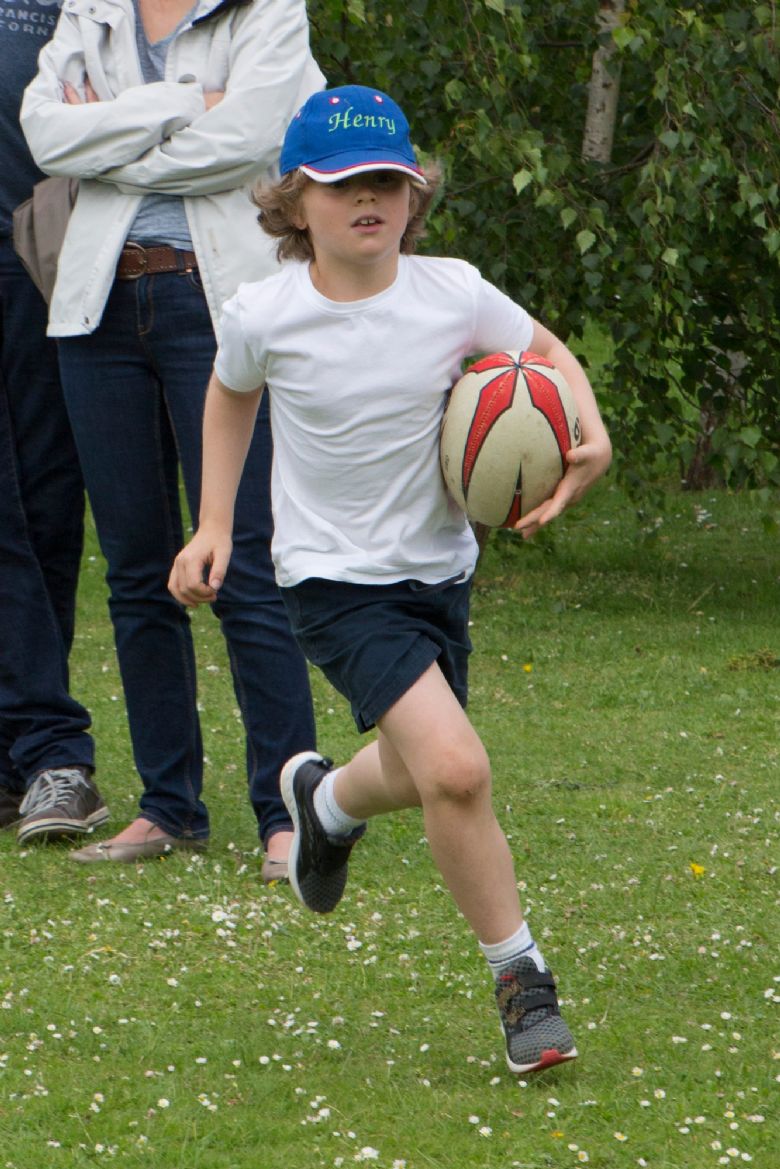 The weather was perfect  - warm with a breeze and everyone enjoyed taking part.  At the end the points were added up and everyone waited expectantly.....

Mr Sharp announced the reults in reverse order - the excitement built until.....

Great excitement over that as Blue Team hadn't won for 11 years!! 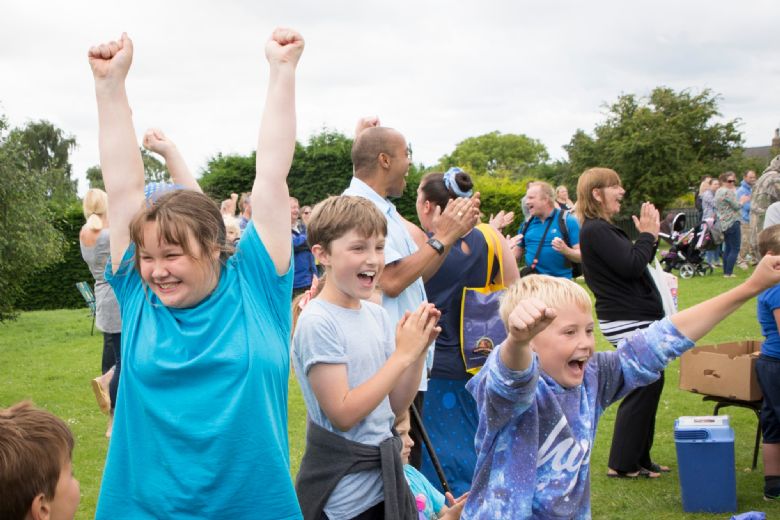 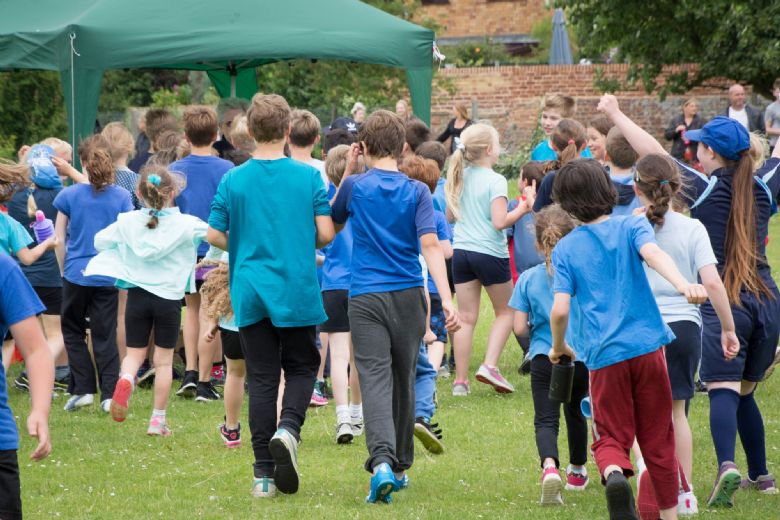 The cup was presented by Mrs Pam Turner who had been a governor at the school for a period of nearly 20 years.  The last sports day she had attended was 42 years ago when her son was in Year 6. 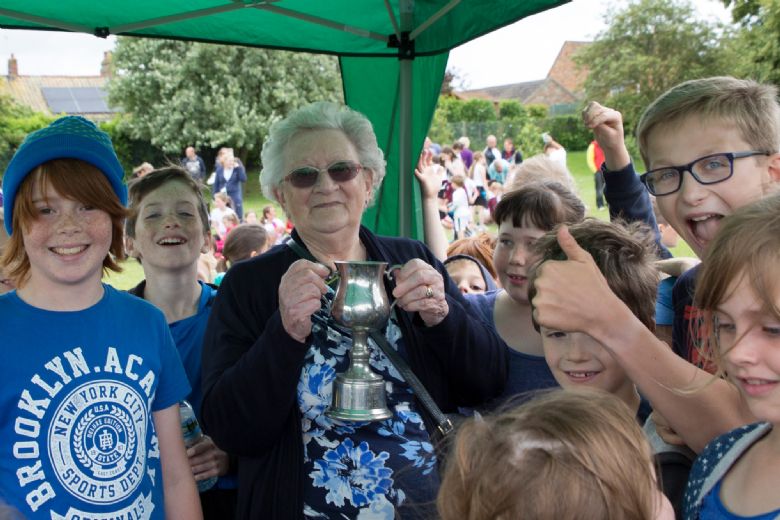 Well done to everyone who took part - you were all amazing!  Thanks to all the staff for making it such a successful event.  Go over to the gallery to see more photos from Sports Day.