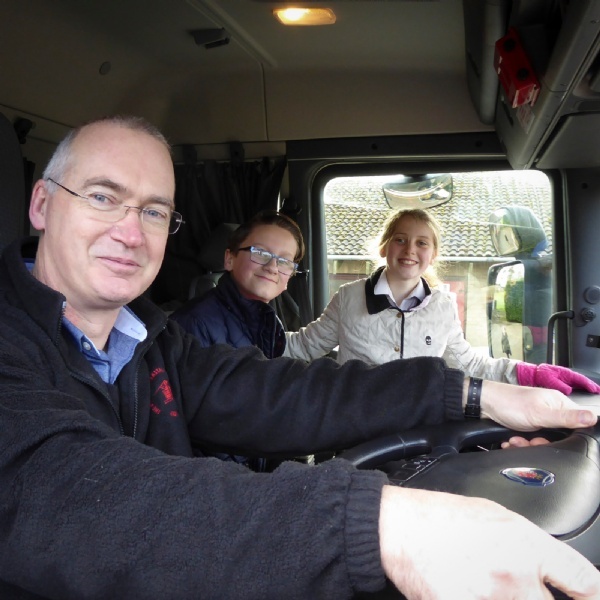 On Wednesday 10th February, children in Years 5 and 6 had a visit from 'Mick George Skips' to learn about road safety.

Mick George Skips brought one of their largest skips on the back of a lorry into the playground.  All of the children in Y5 and Y6 had a tour around the outside of the lorry and found out that there were cameras situated around the vehicle so the driver could see cyclists and pedestrians. They were also shown that there were still some 'blind spots' and that they should be aware of these if they had to cycle near a lorry.  They all got the chance to sit in the cab of the lorry and look in the mirrors to see the other children around the sides and back of the vehicle.  In the cab they could also see the screen that had the view from the cameras.  From the cab they could see that the 'blind spots' were very real as some of the children (and teachers!) disappeared from view as they got close to the lorry.  It was a very informative session. Thank you!

To see more pictures  go to the gallery page.