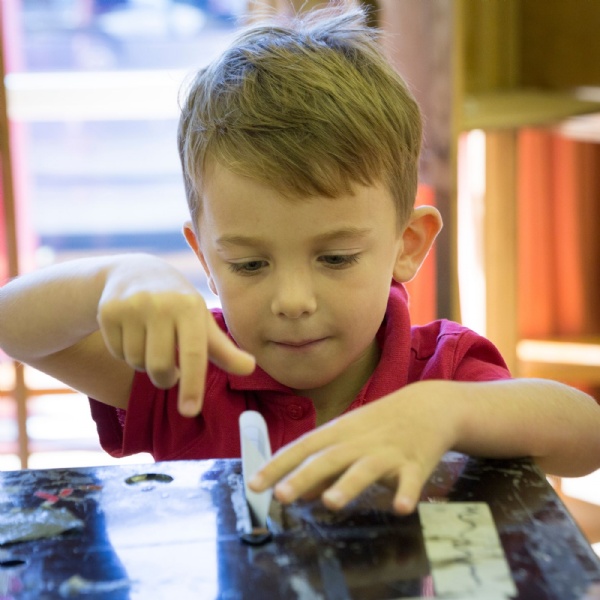 Friday 23rd September 2016 - After a week of frantic canvassing for votes (well maybe not frantic; more gentle persuading) the candidates could do no more!  Manifestos had been written, presented and displayed around school.  It was time for the school to vote!

In the spirit of democracy every single child from Star class to the oldest in Year 6 had a vote.  None of the adults had a say in the matter - this was for the children to decide.

There had been a lot of children interested in standing and a total of 79 finally decided to present their manifestos to their class. Well done to every single one who stood up, and said what they would like to do to help improve the school for everyone in it.

Year 6 got involved by helping at the Polling Station.  Two were appointed returning officers and they checked each child's name off the voting list and gave out the voting slips.  Other year 6's helped the younger children to the voting booths, explained what to do and showed them how to fold their paper and put it in the ballot box.  They collected the slips at the end and presented them for counting.  Well done to all who helped with these jobs. 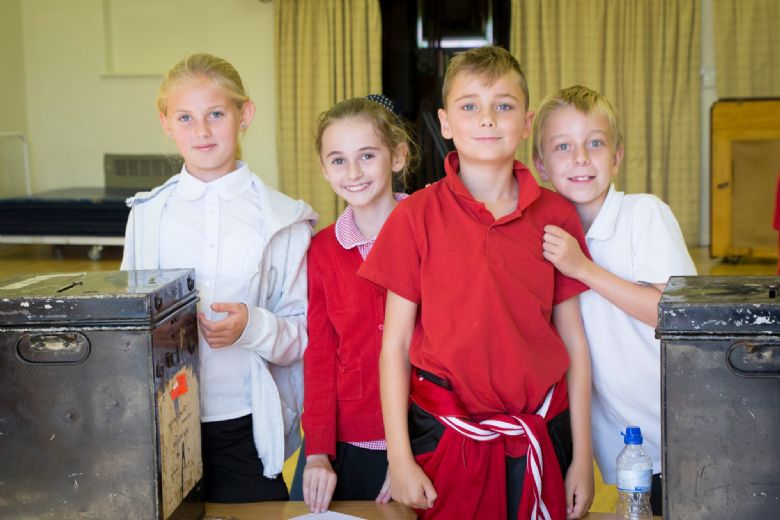 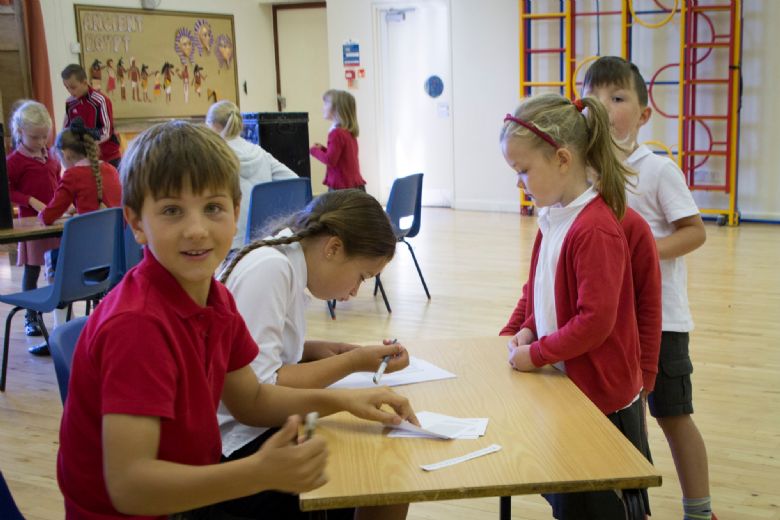 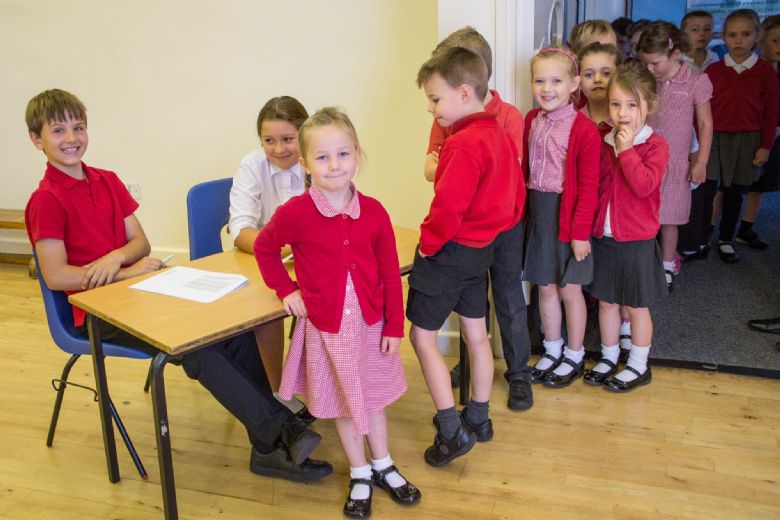 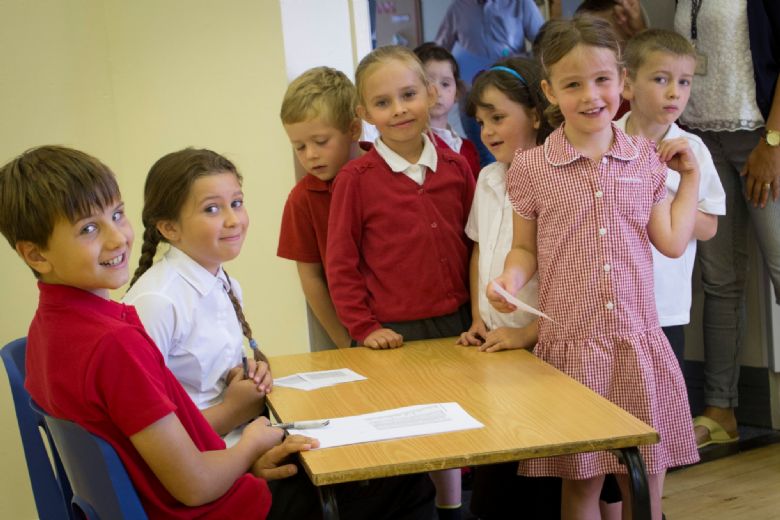 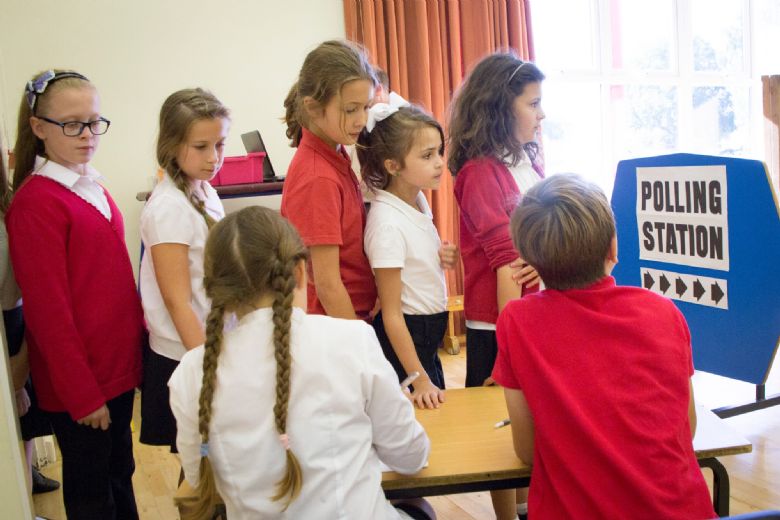 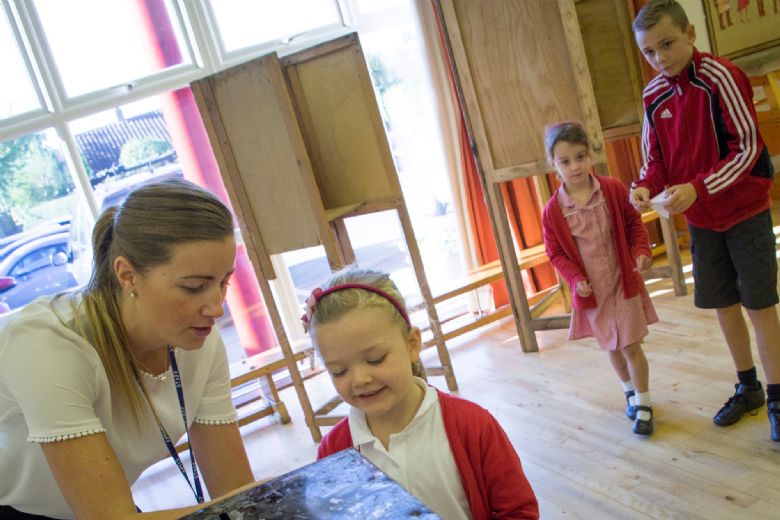 Waiting to be checked off the list and get a ballot paper, and then voting! 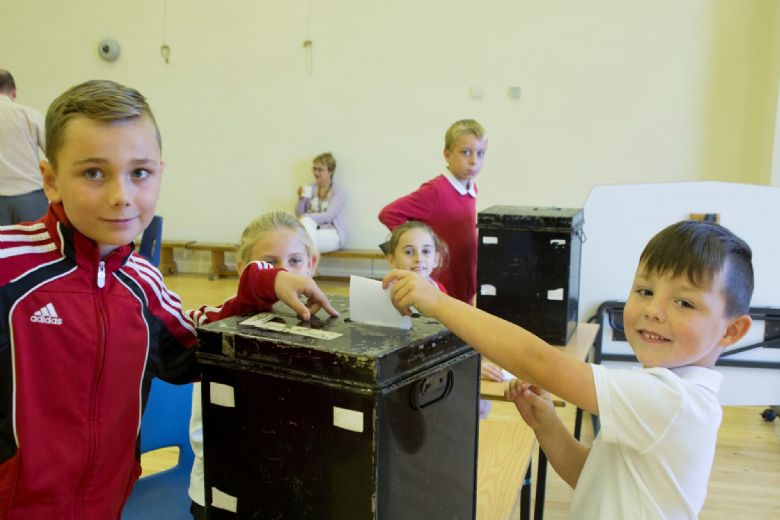 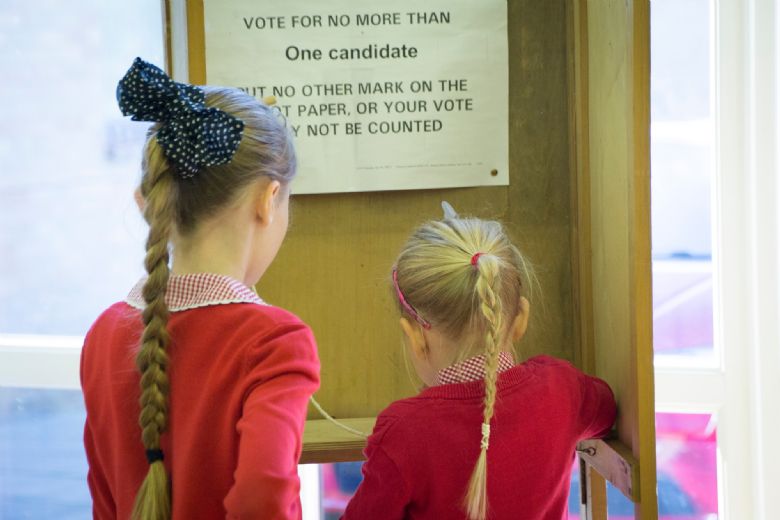 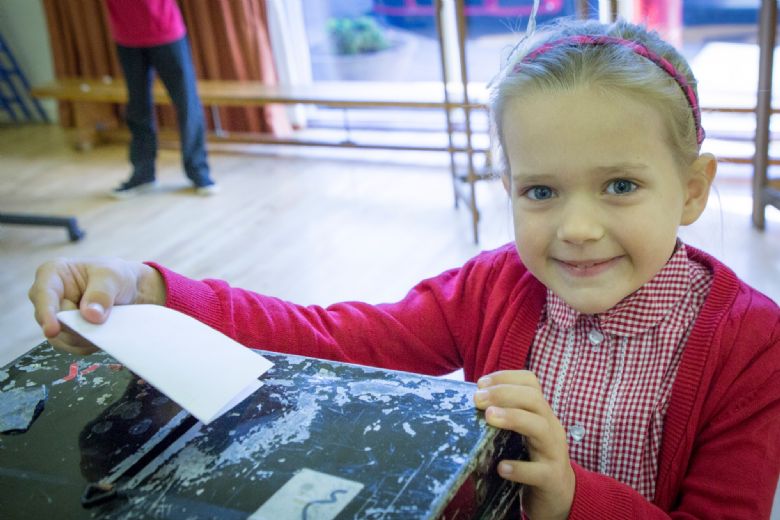 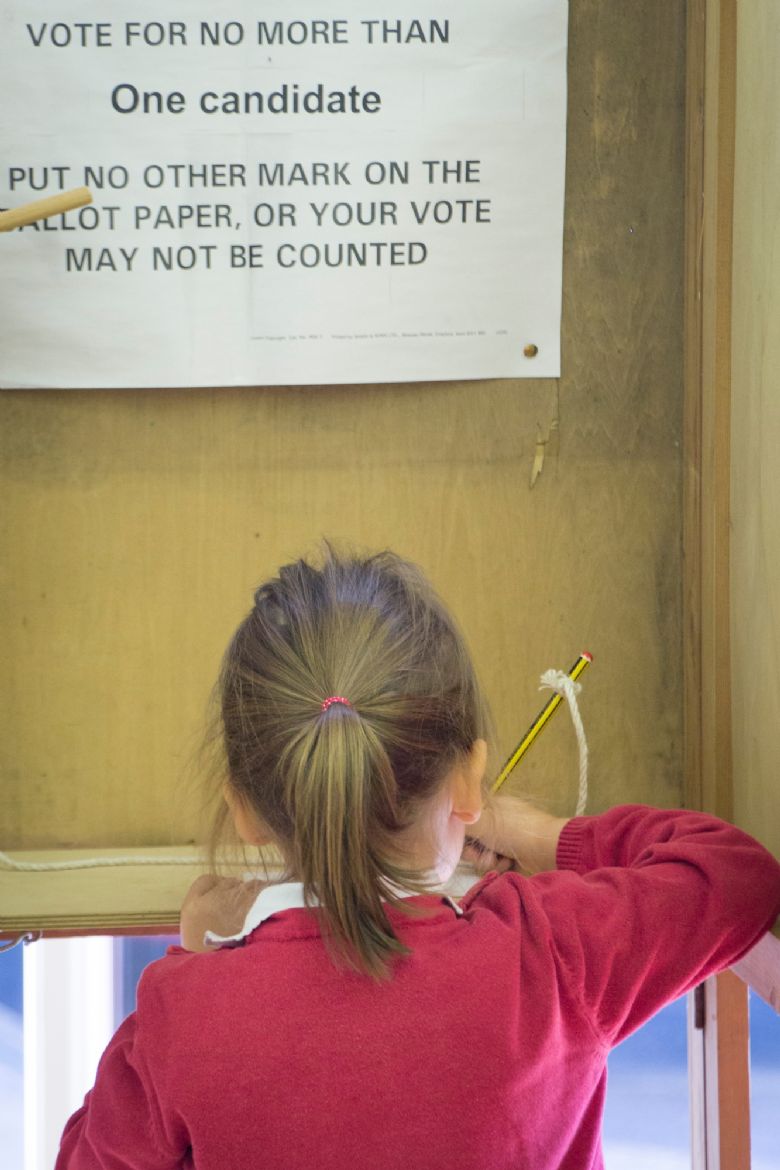 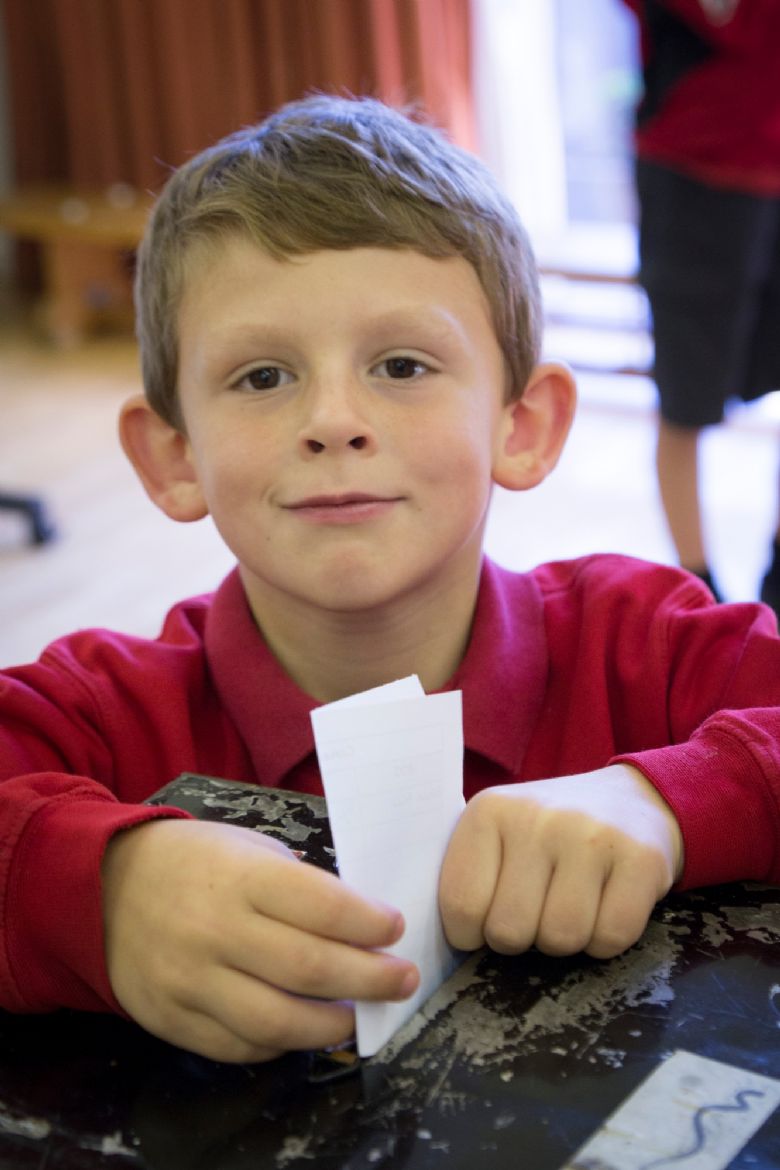 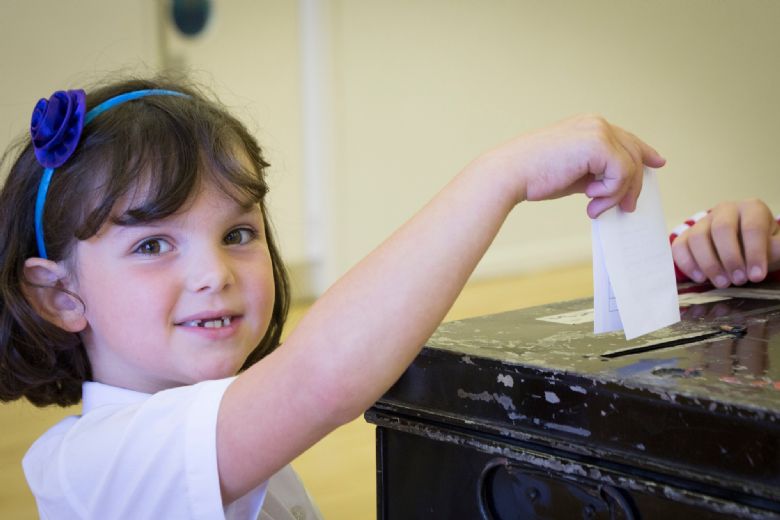 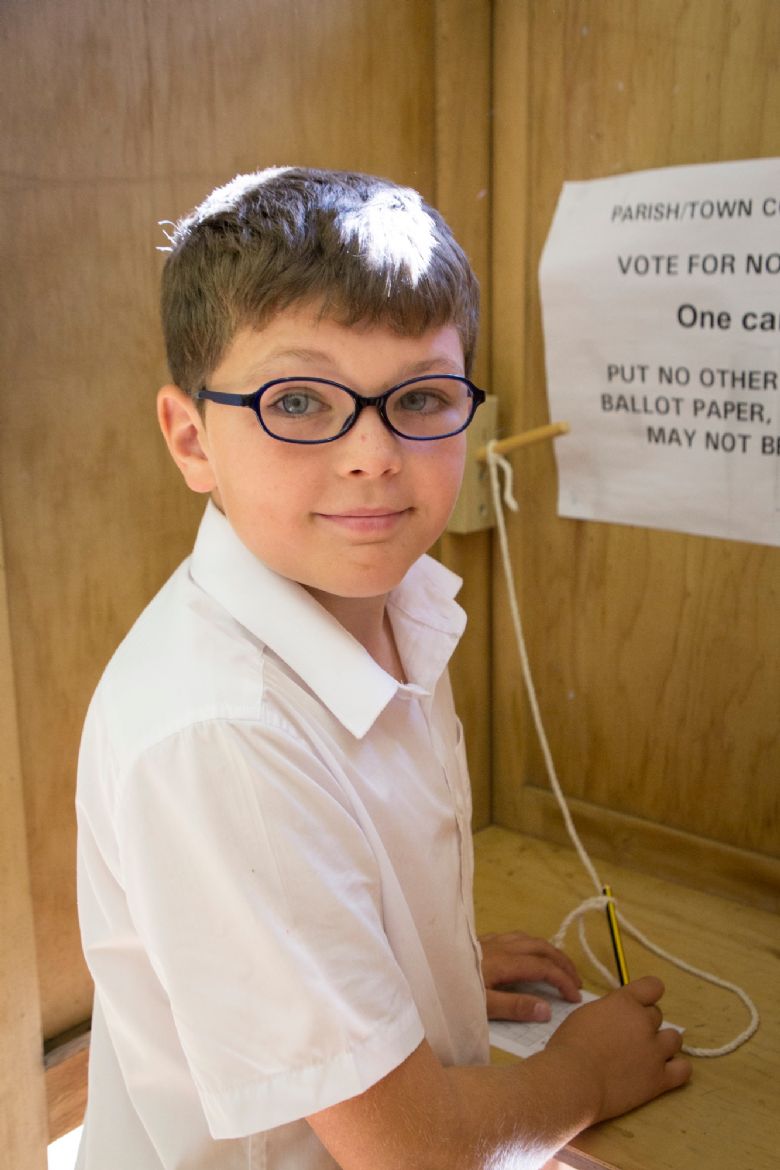 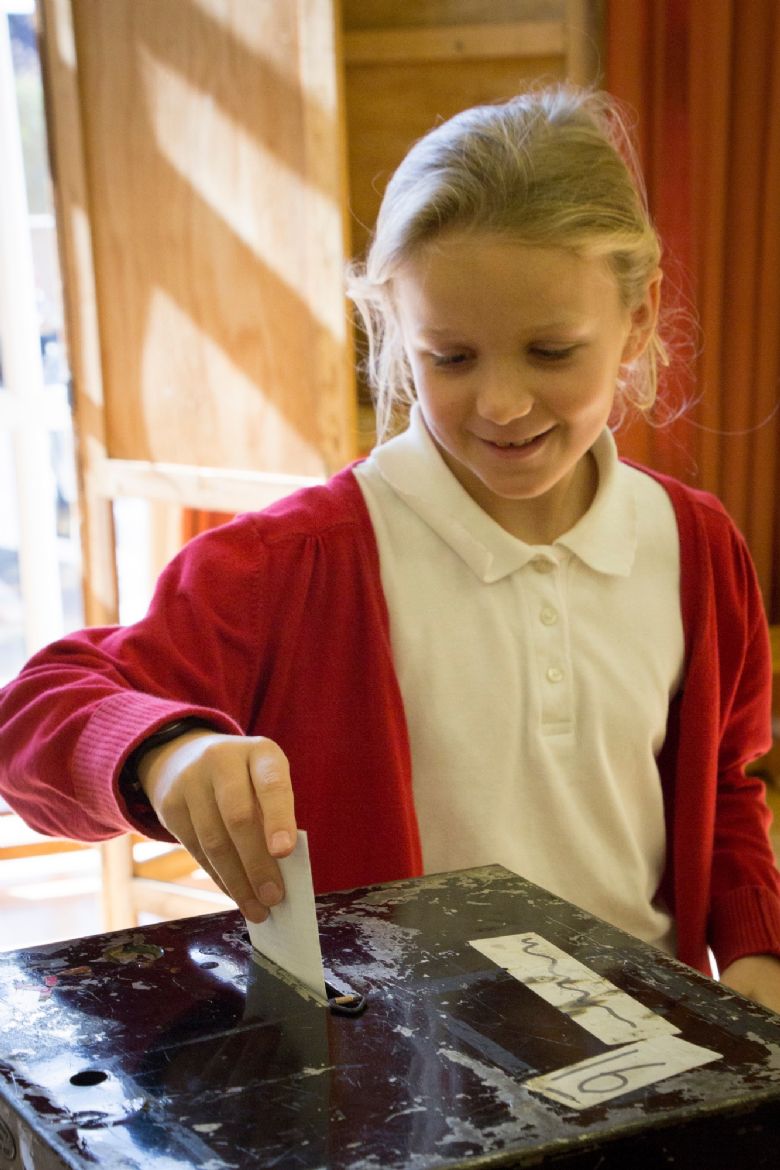 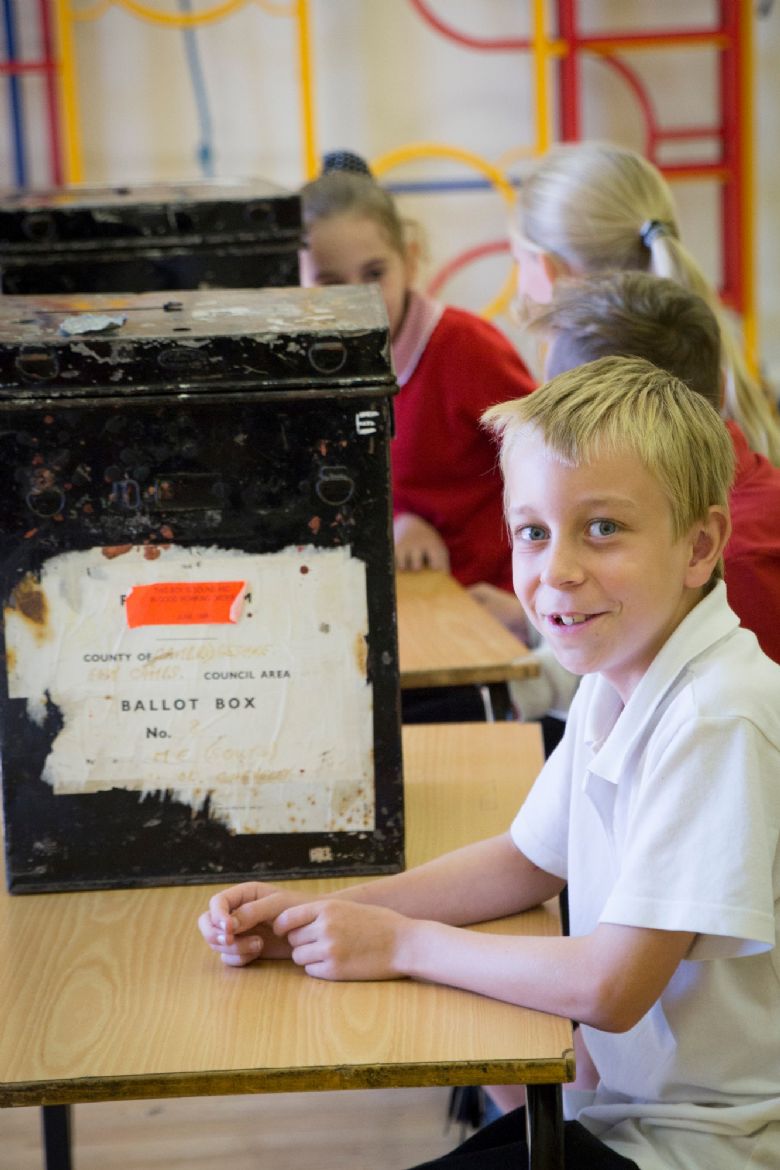 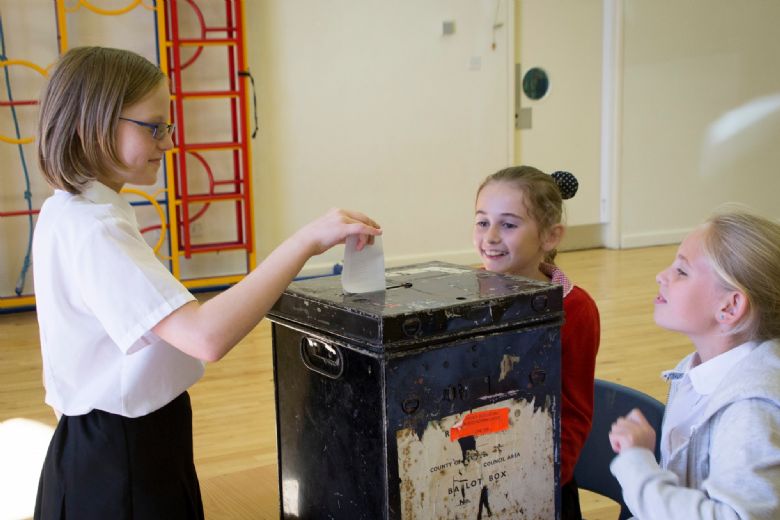 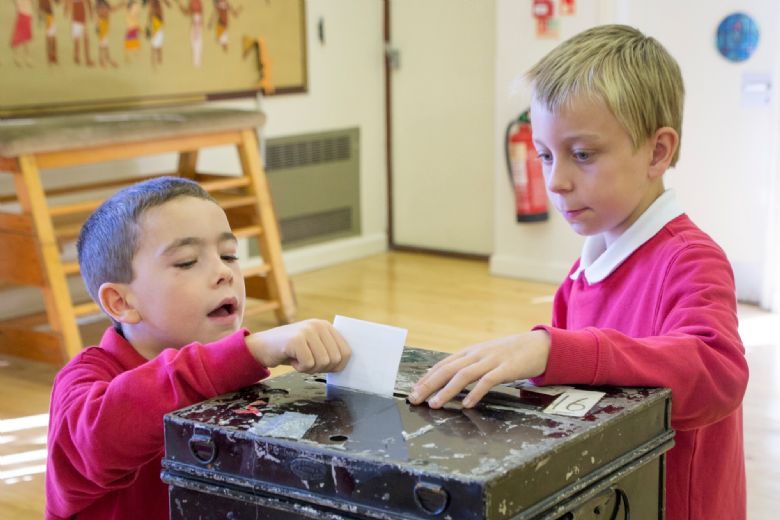 After a busy session counting all the votes, the results were finalised.  Assembly that afternoon saw the successful candidates appointed to their roles as school councillors for the year. 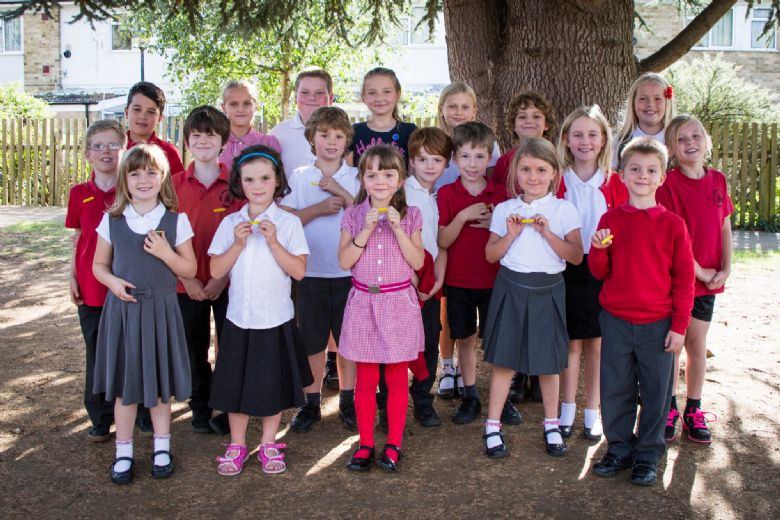