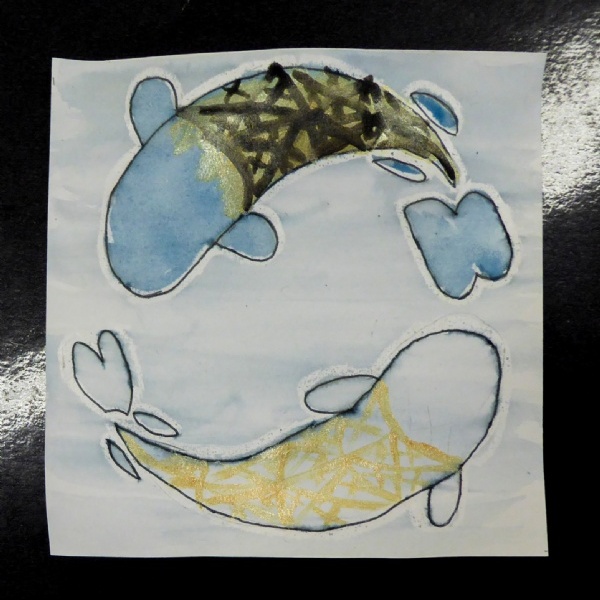 Thursday 25th February saw a very Zen like atmosphere in Neptune class as the children enjoyed an afternoon painting in the Japanese style.

Here you can see some of the children enjoying using watercolours, metallic paint and drawing pens to create some very lovely Japanes style art.   Here are just a few of their paintings - we hope to bring you some more soon!

To find out more about Japanes art please scroll down the page. 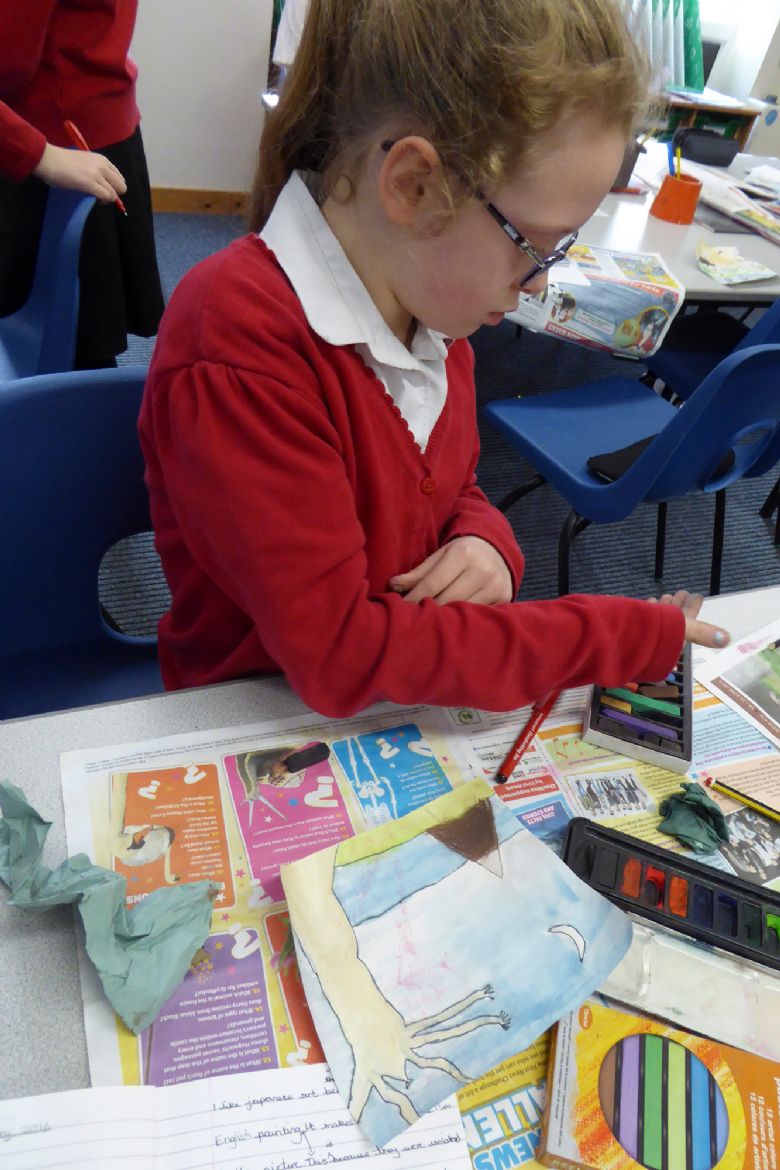 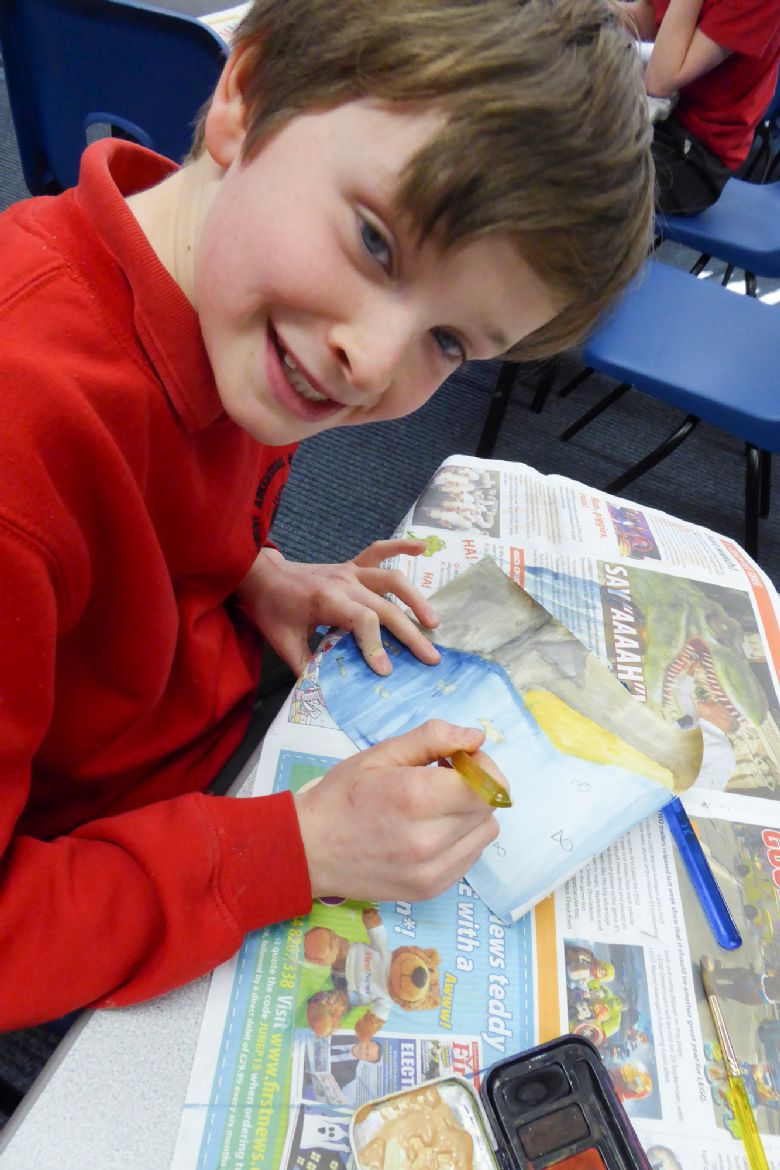 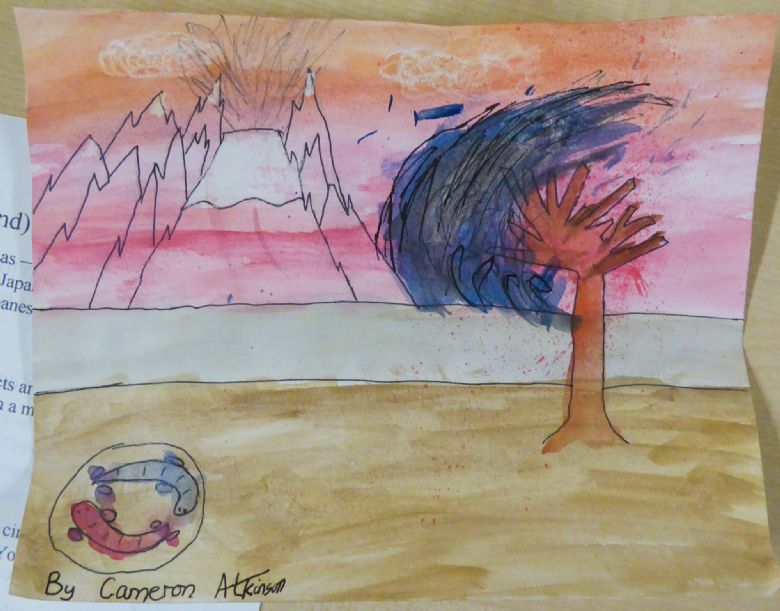 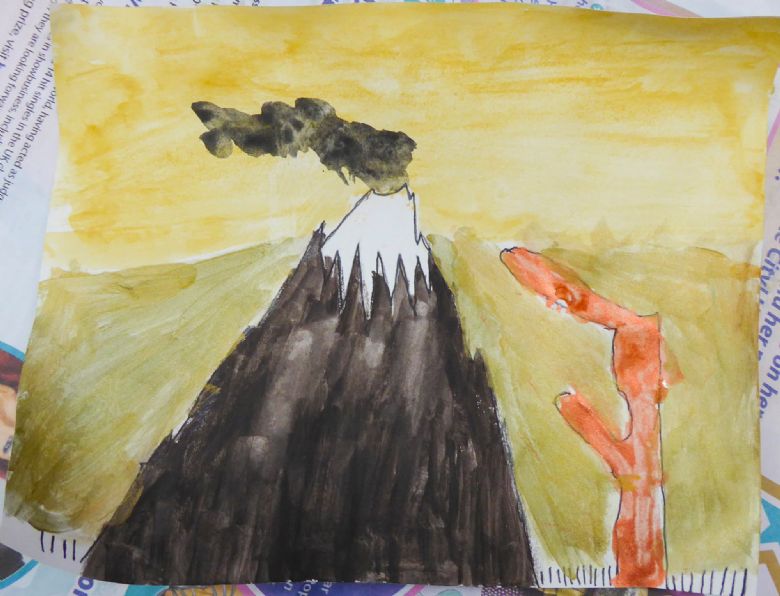 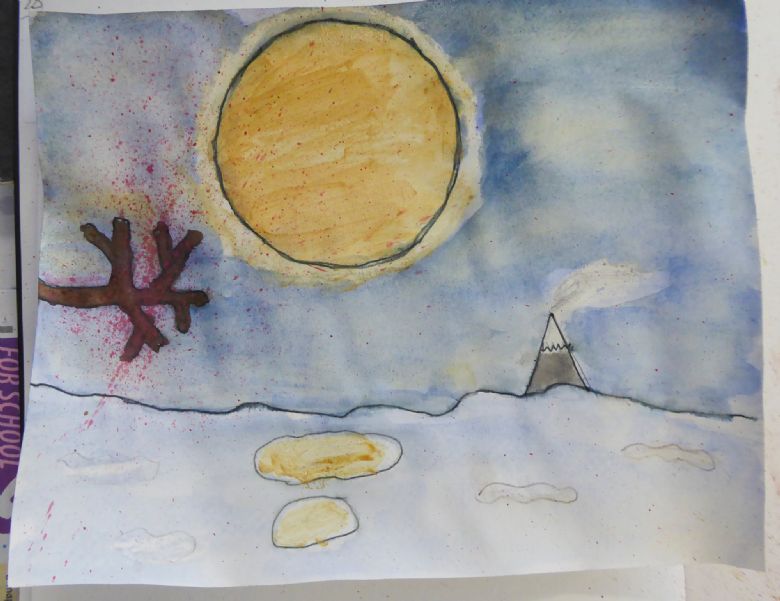 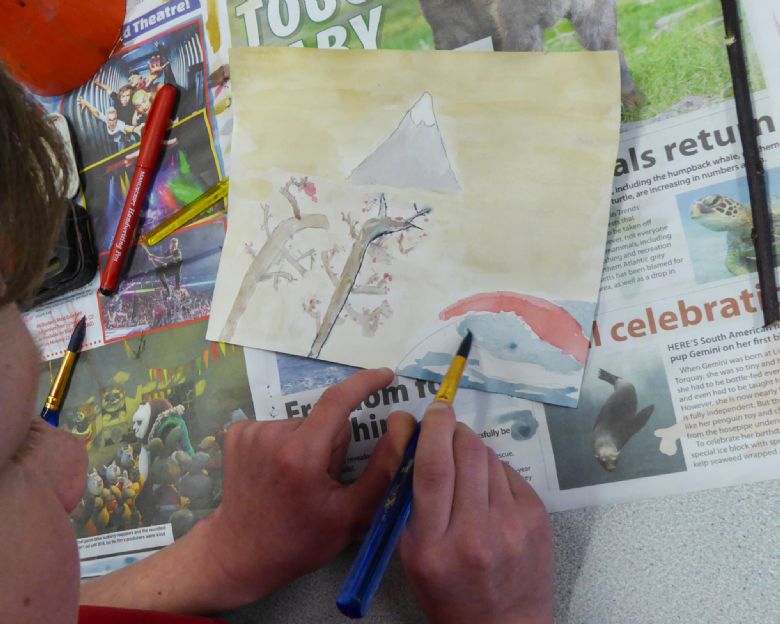 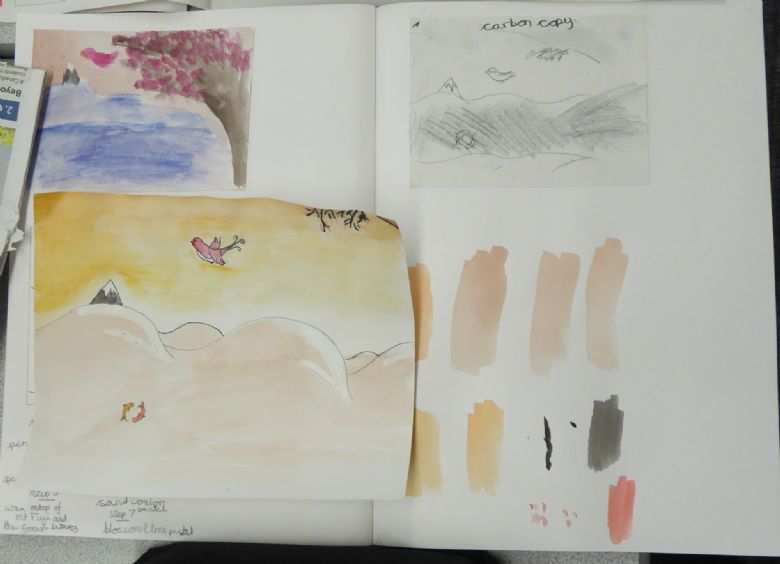 9 Principles of Japanese Art and Culture

There are 9 basic principles that underlie Japanese art and culture.

They're called aesthetics — concepts that answer the question: what is art?  There are 9 Japanese aesthetics. They are the basis for Japanese art, fashion, pop culture, music and movies.

Can you imagine if all the characters in movies were perfect? It's imperfection that makes life interesting. The concept of wabi-sabi is often extended to include impermanent.                           For example, sakura (cherry blossoms) are more beautiful because they don't last forever.

Miyabi is often translated "heartbreaker". It's all about eliminating anything that's vulgar.    Does swearing make a movie better? According to Miyabi — it doesn't.

Shibui means simple, subtle or unobtrusive. It means that things are more beautiful when they speak for themselves — when they aren't loud and in your face.

Jo-ha-kyu is a tempo that can be translated as — start slowly, accelerate and end suddenly.   This aesthetic is used by Japanese traditional arts such as tea ceremony. It's also used widely by Japanese martial arts.

Yugen states that life is boring when all the facts are known. Something should be held back — the mystery. Every watch a movie that doesn't explain everything? That's yugen.

Where does the smoke come from?

Have you ever noticed that Japanese martial arts (and traditional arts) are all about discipline? Ethics and discipline make things more attractive.

Ensou is a zen concept. It is often represented by a circle. It can mean infinity or nothingness. It's a little hard to explain. You need to spend a lot of time meditating to really get it.