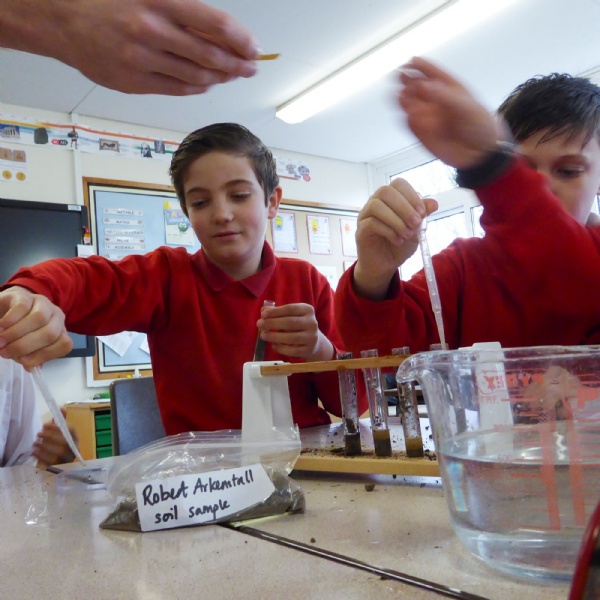 Years 5 and 6 turned into crime scene investigators on 16th March to look into an incident of theft and assault on the school site.

An amazing day of science investigation and observation took place on 16th March in Years 5 and 6.  The crime that had taken place was an attempted theft of a laptop and the assault of Mr Tunnell, the caretaker.  Mr Tunnell had been knocked unconscious by the thief and the children were determined to find the culprit!

The crime scene was examined...... 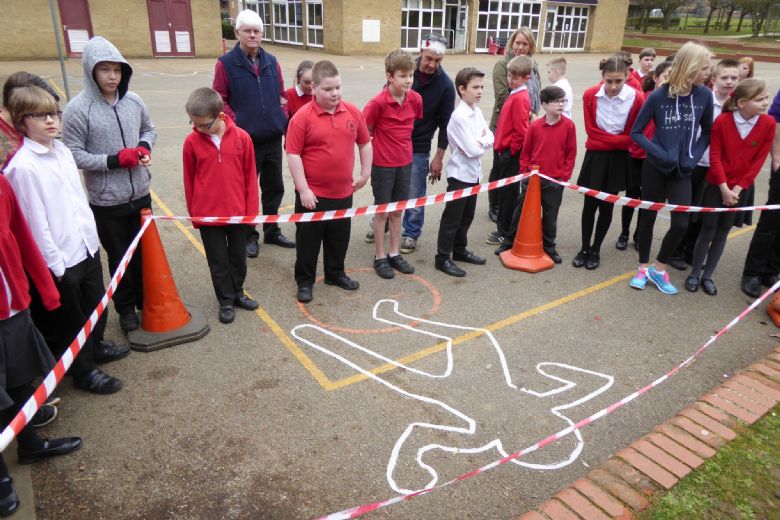 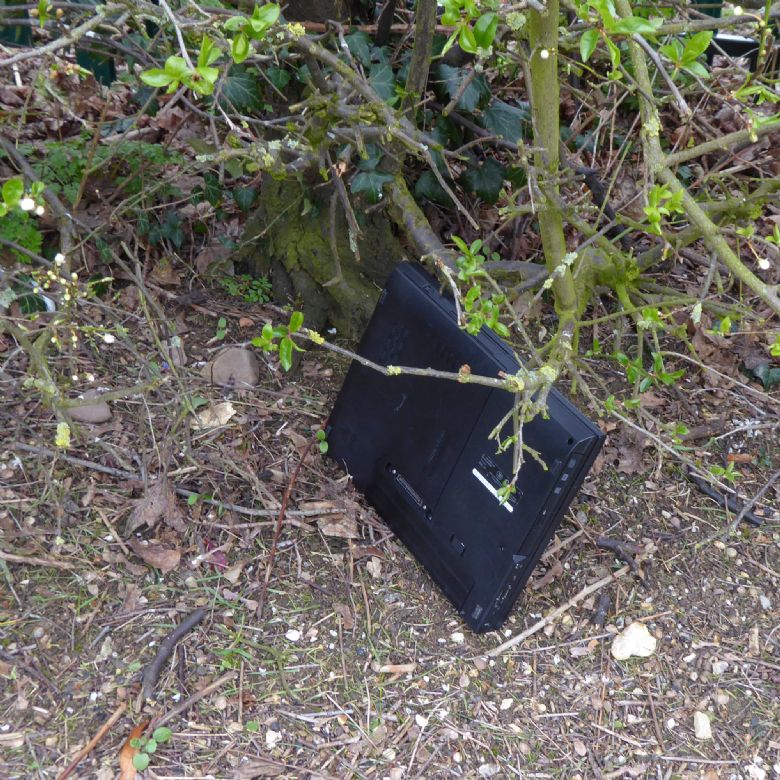 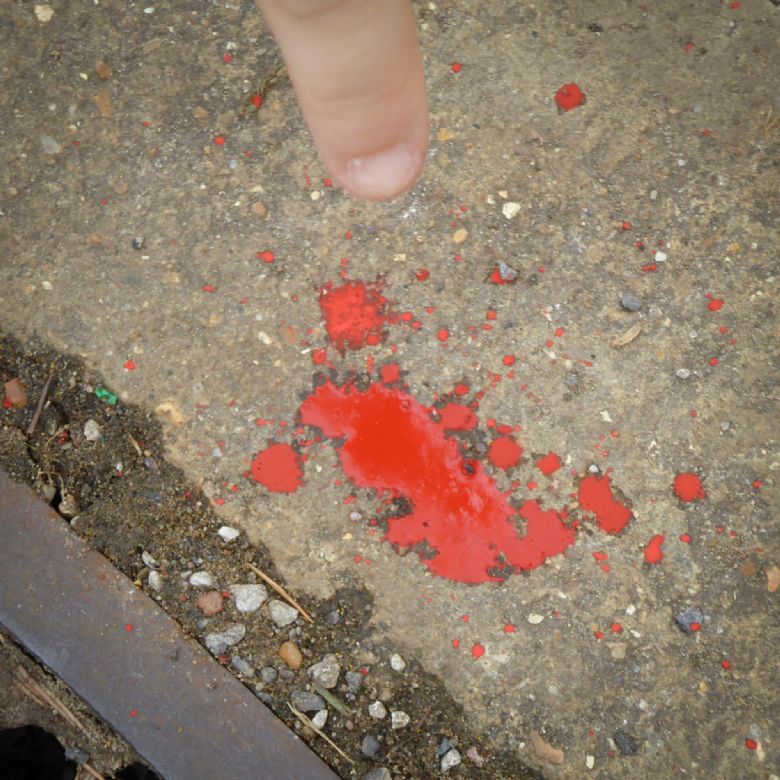 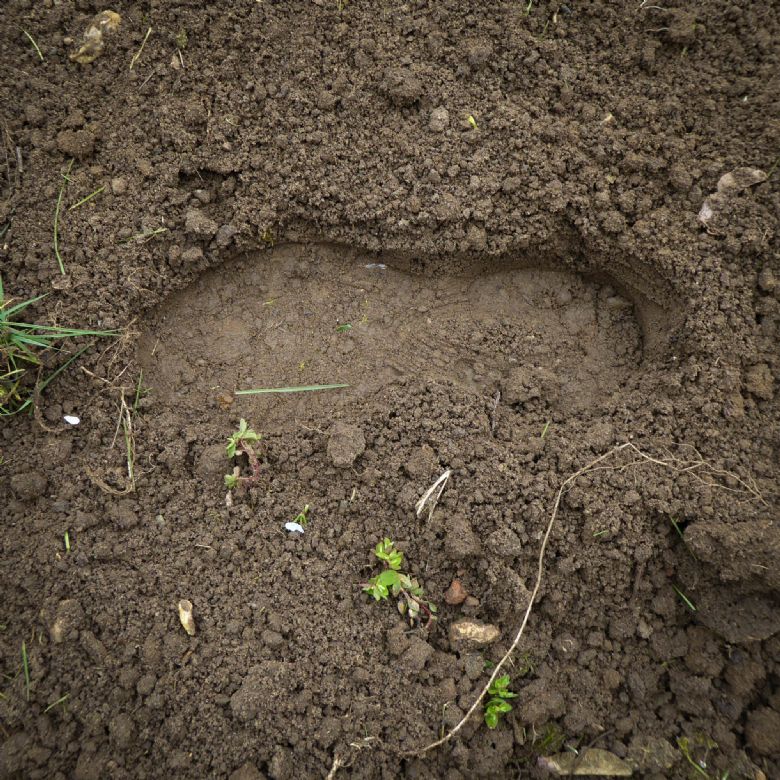 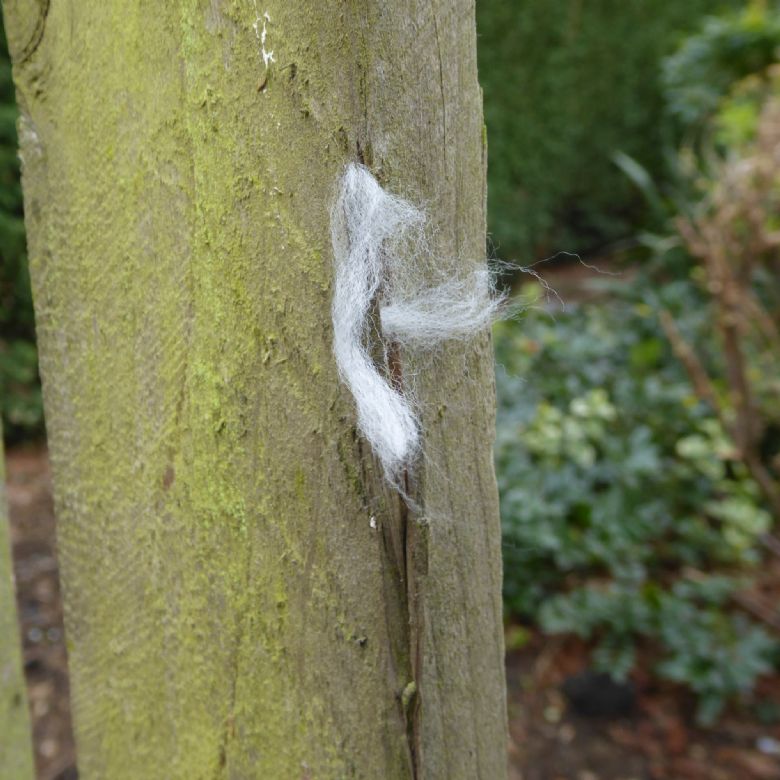 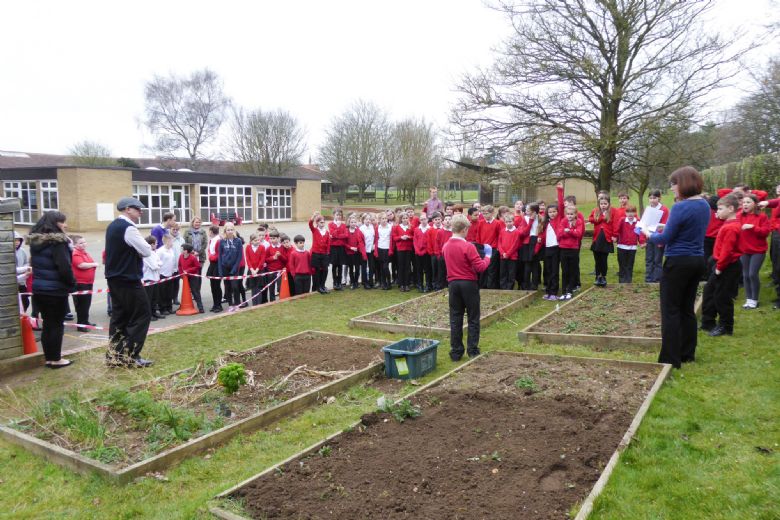 Blood was found at the scene - but not from the victim! Footprints, a discarded laptop with fingerprints, hair and fabric samples and a hand drawn map were all recovered from the scene by the intrepid CSI team from Y5 and Y6.

After searching the area for clues and taking samples for analysis the children went back inside to analyse,  investigate and hopefully draw some conclusions from the evidence.

Four suspects were in the frame (names witheld until investigation is complete) and all had recently cut themselves badly. Blood left at the scene must belong to one of them! 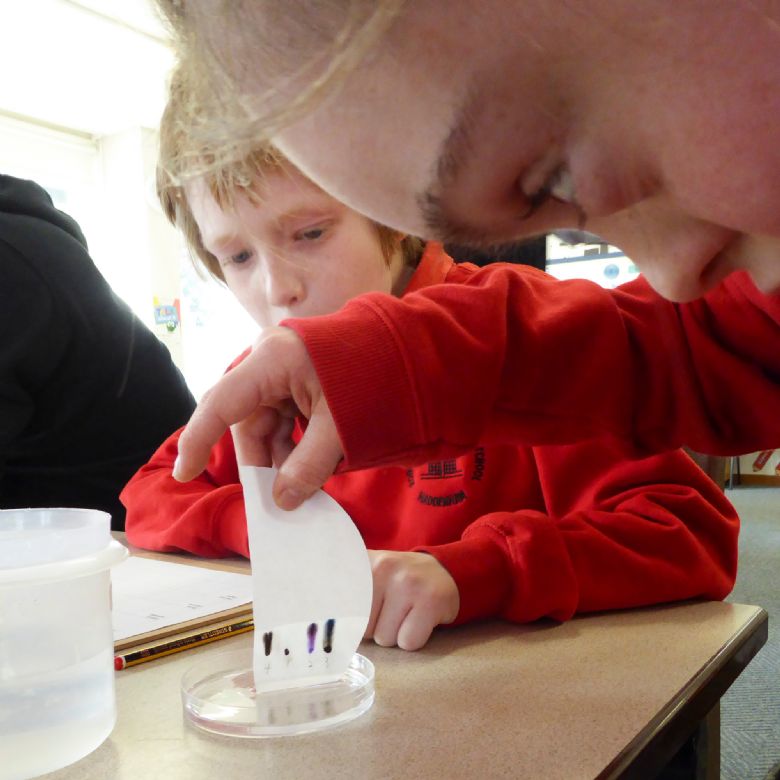 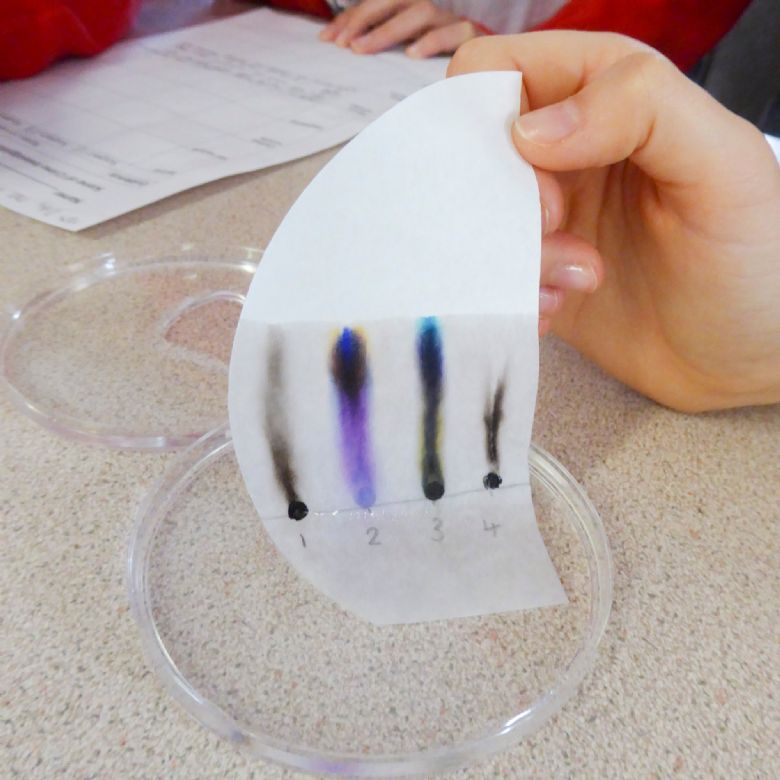 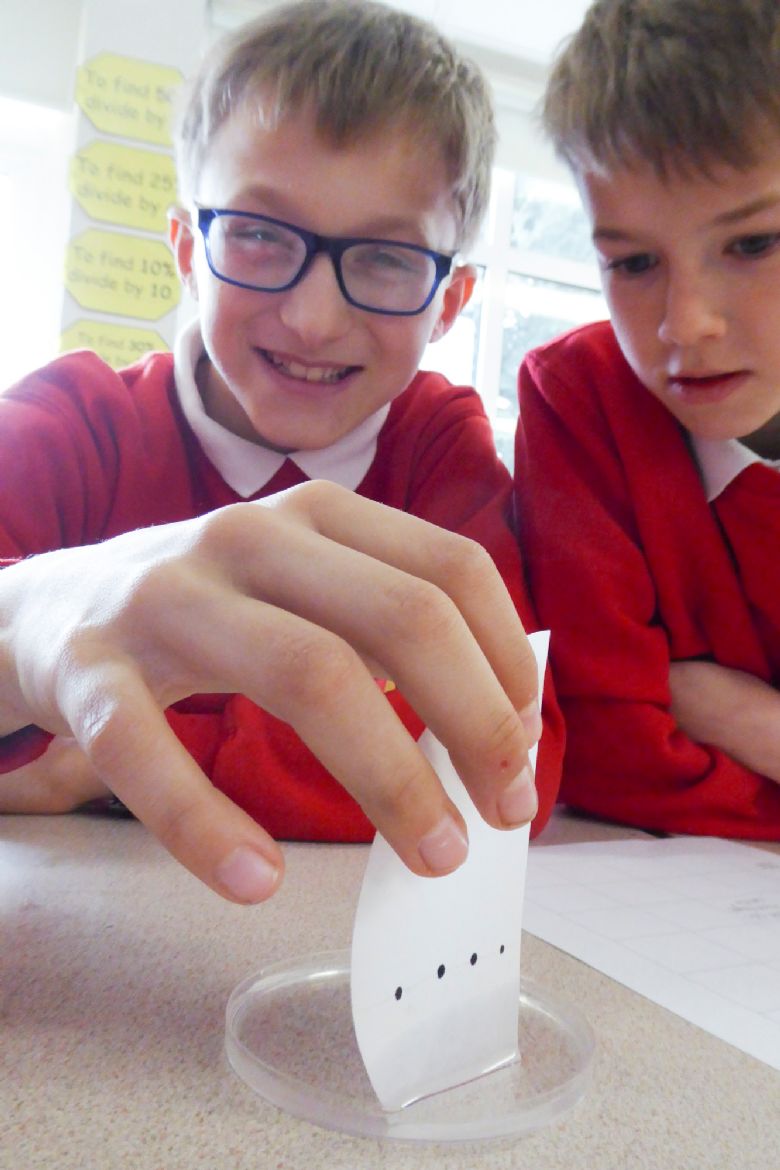 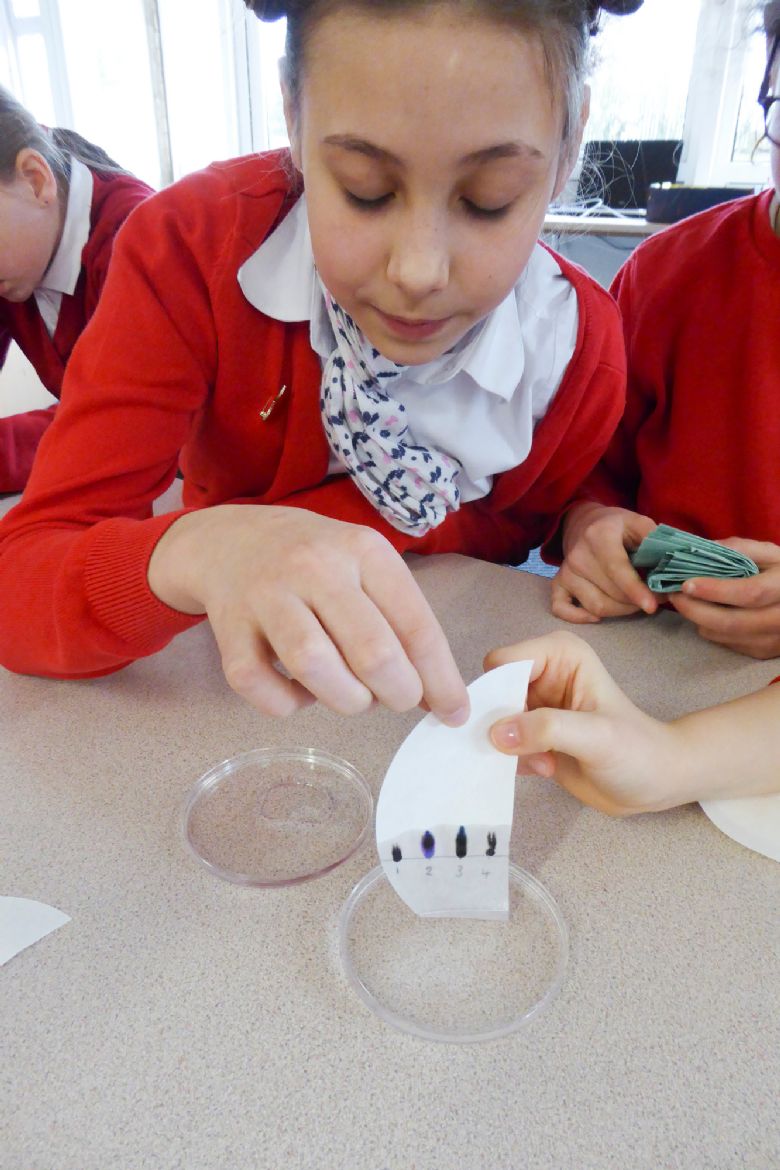 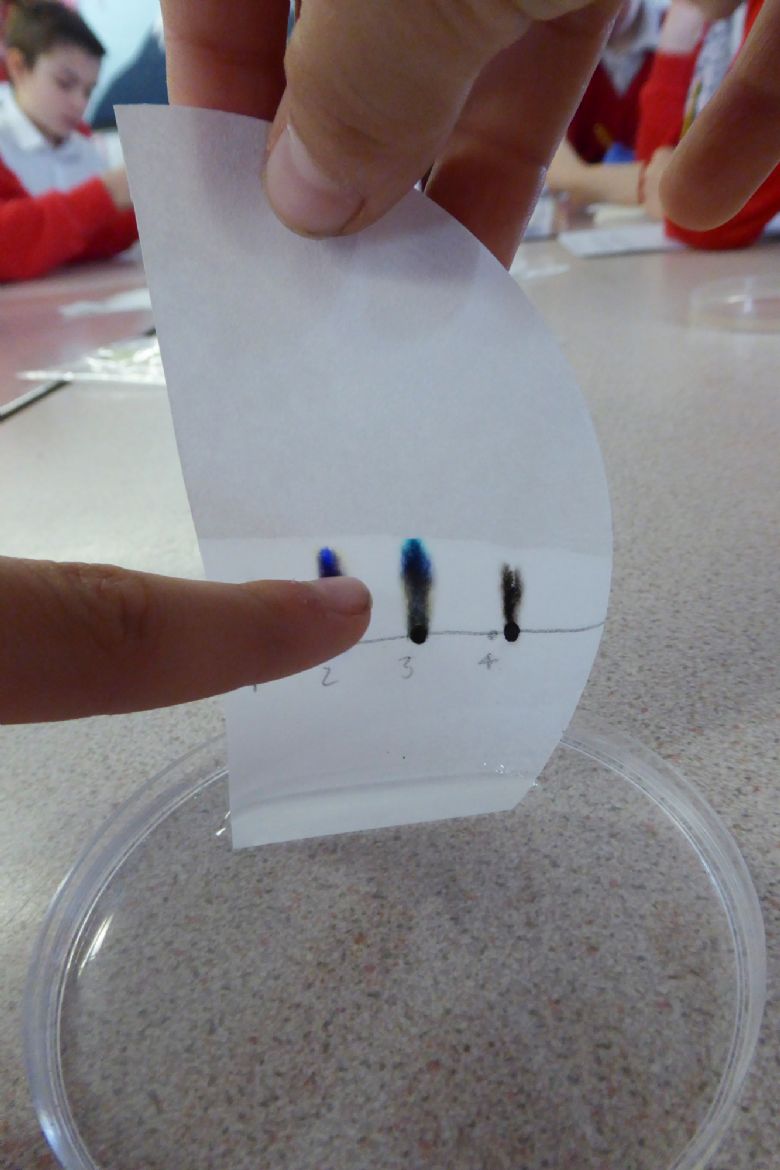 Chromatography of the ink from pens found on the suspects - do any of them match the ink from the hand drawn map? 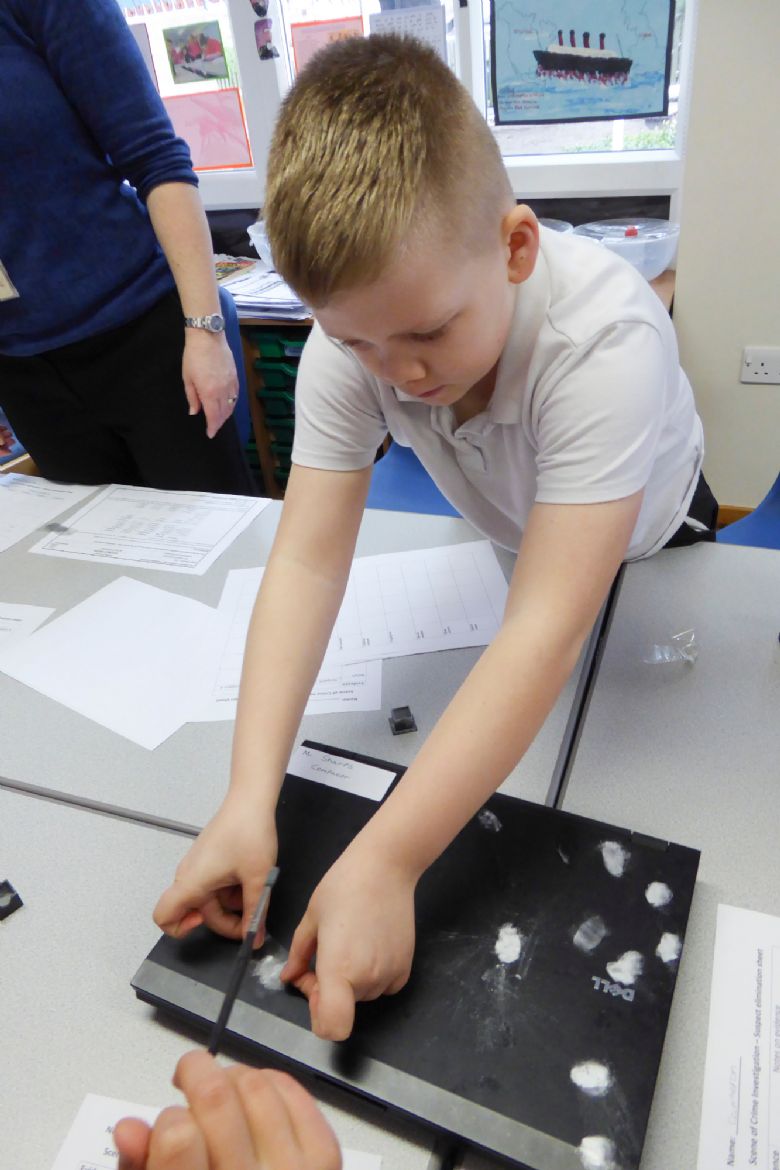 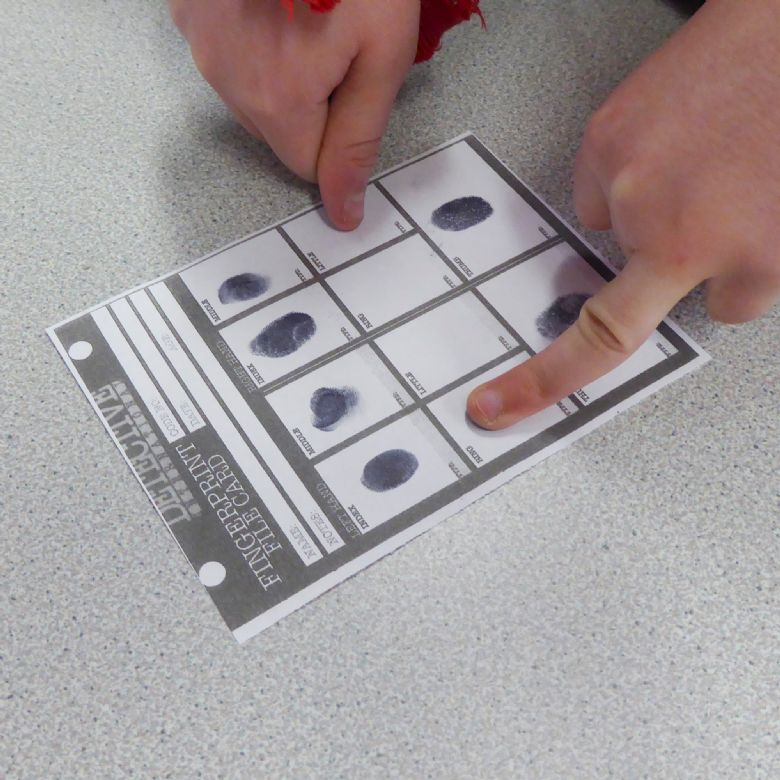 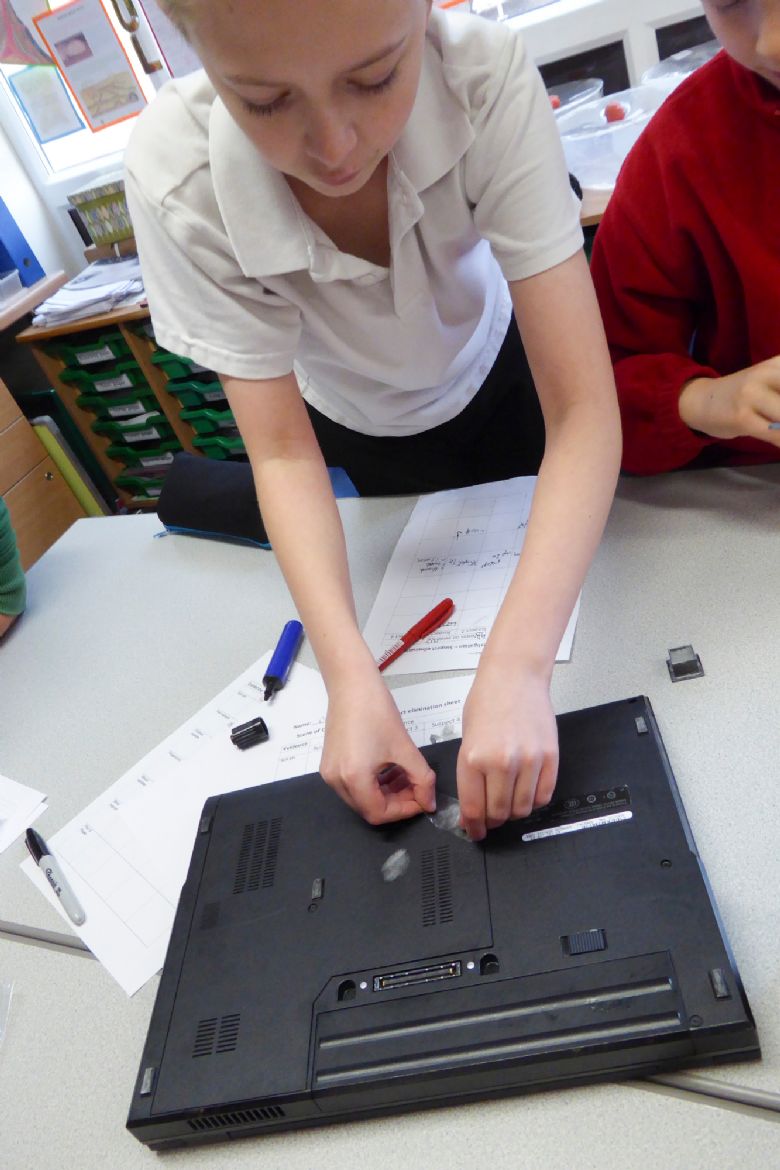 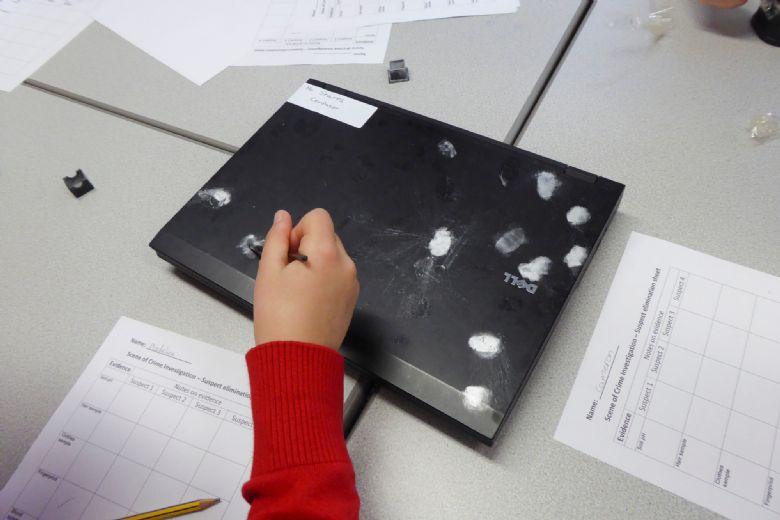 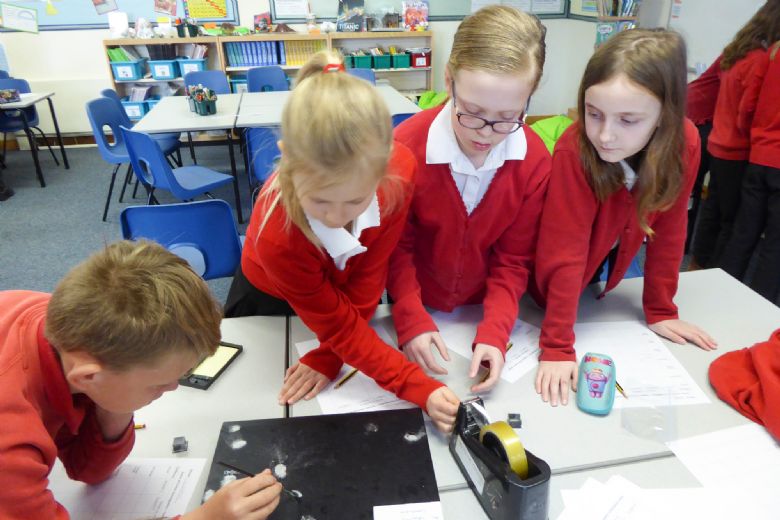 Fingerprints were taken from the suspects and also lifted from the laptop and then compared. 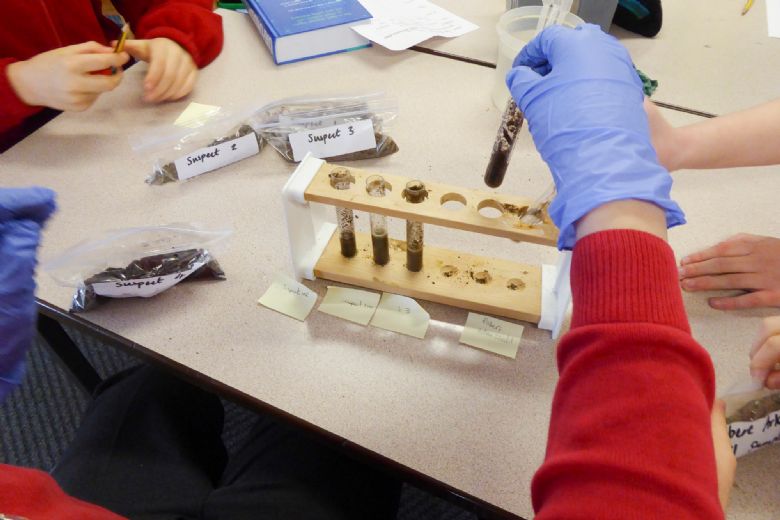 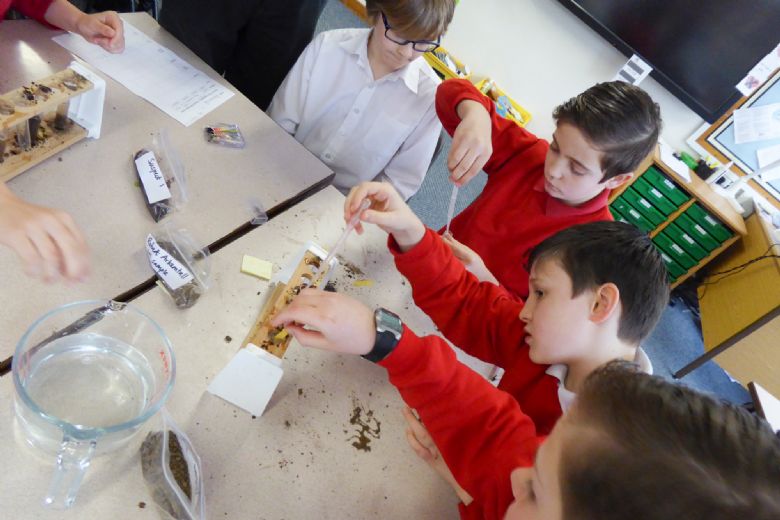 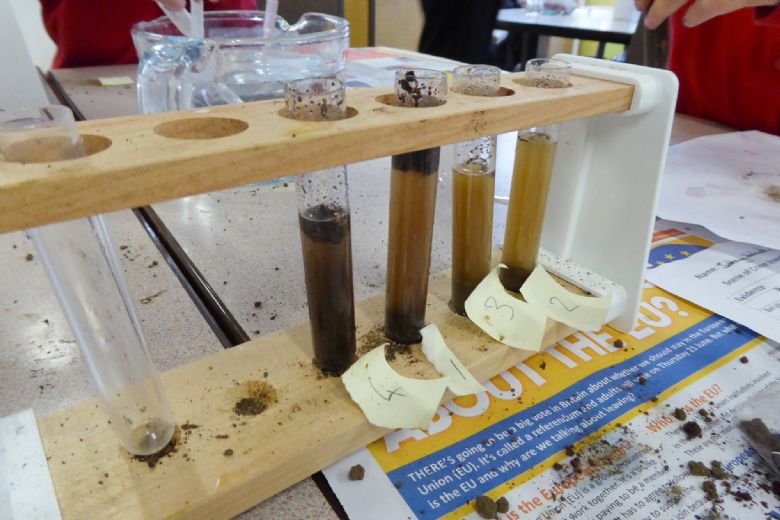 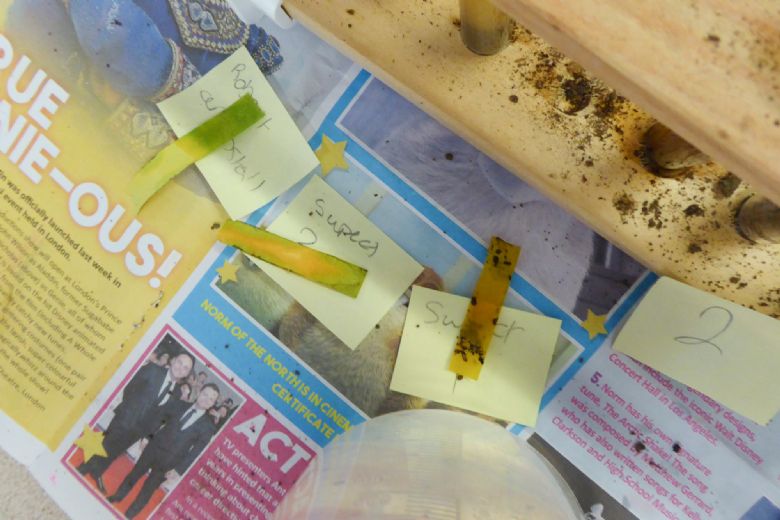 Soil samples from the suspects shoes were tested for acidity (pH) to see if it matched soil in the school flower beds. 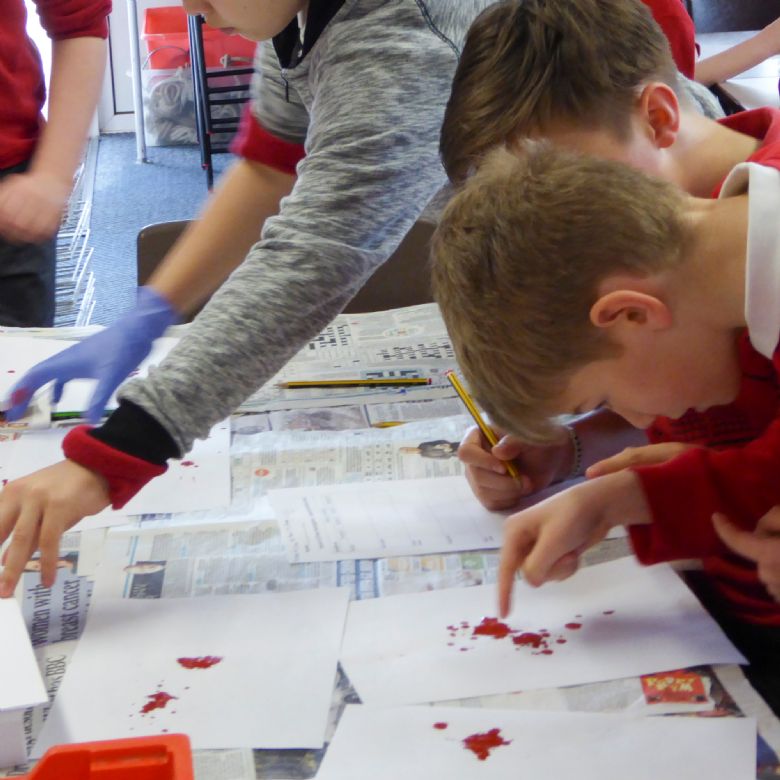 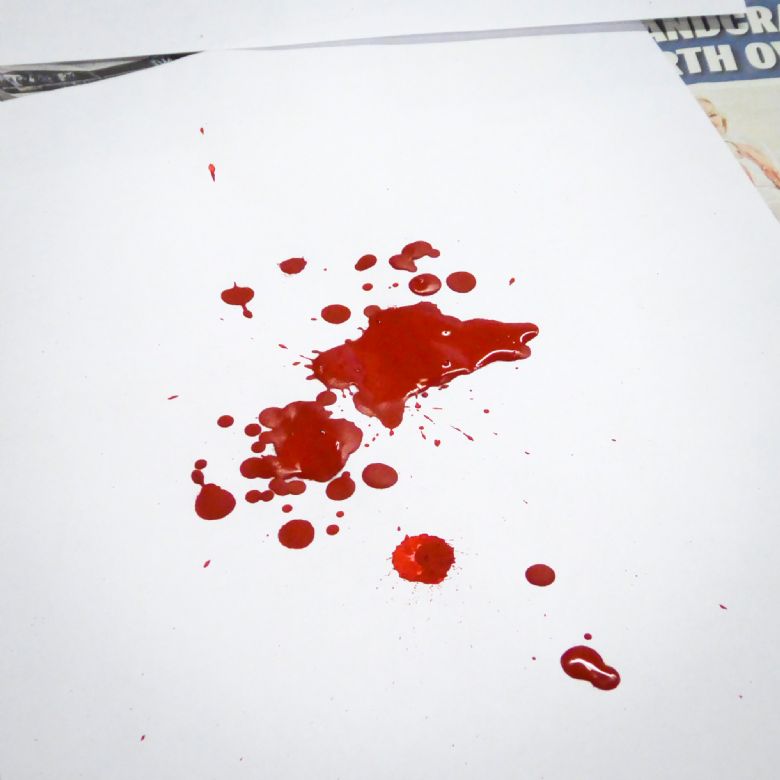 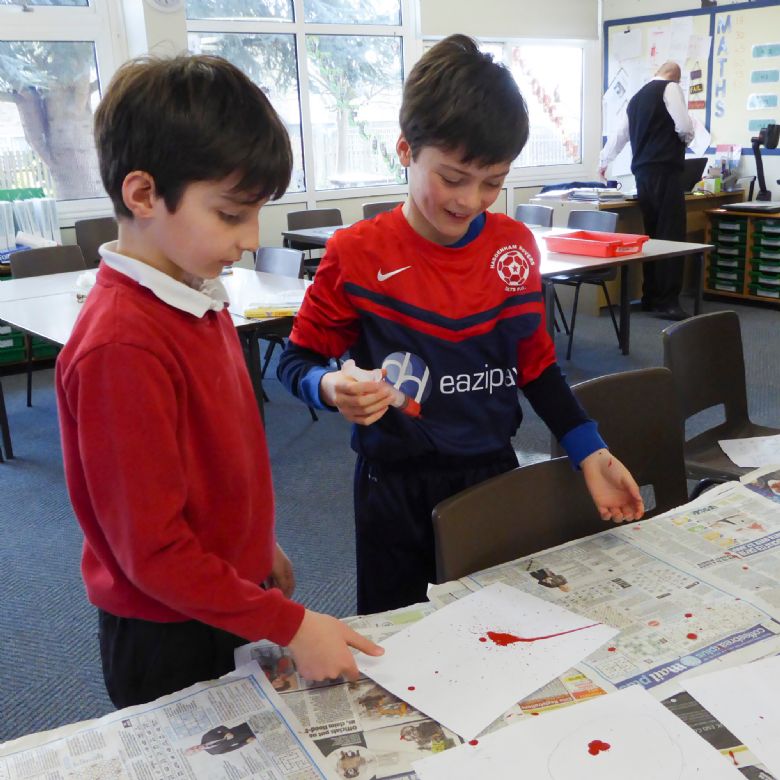 Blood splatters were made from different heights and compared to the ones found on the playground.  They were measured to see the area of spread.  One suspect was tall and had a head wound whilst one was cut on the ankle (less splatter!). 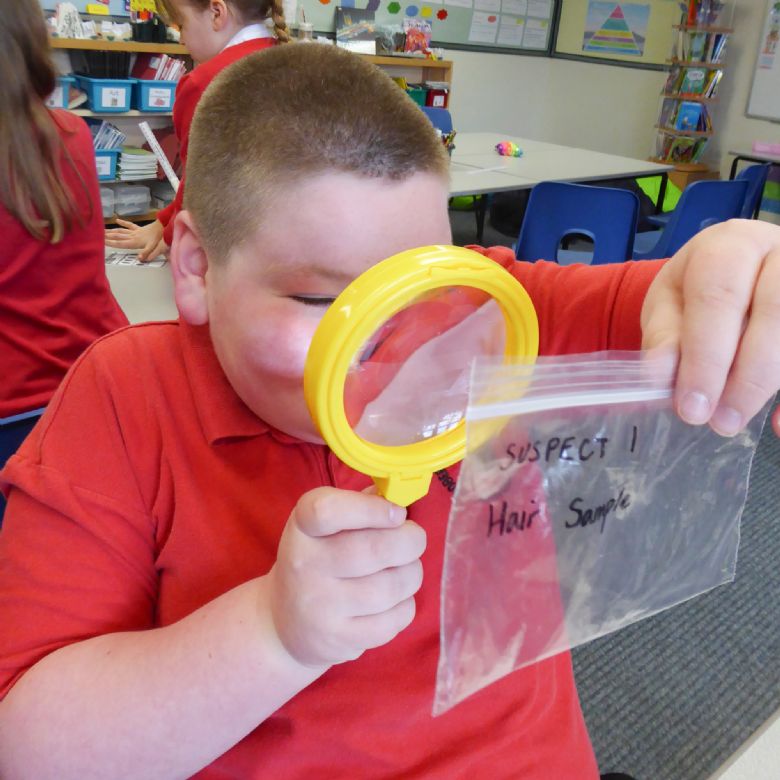 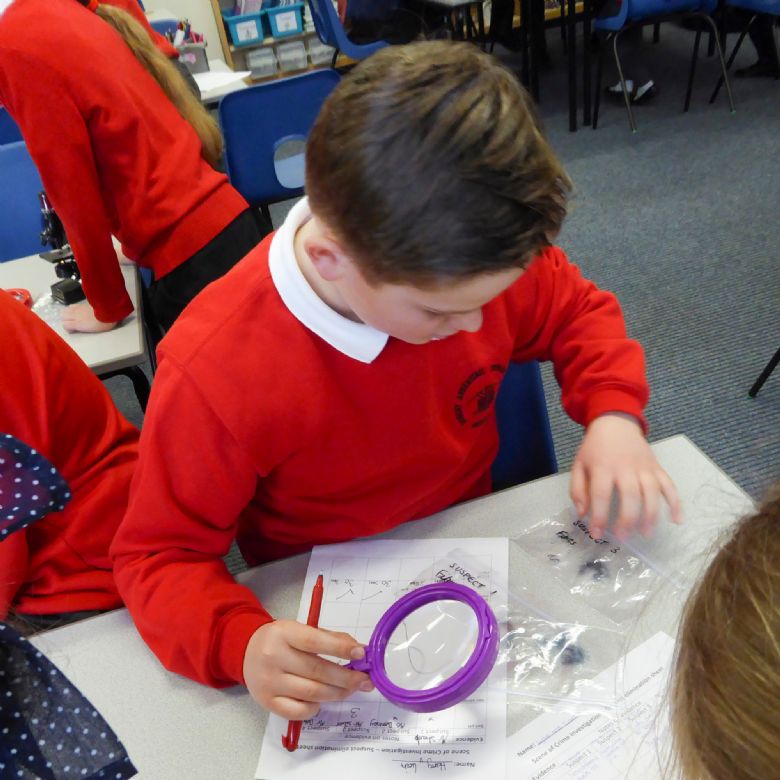 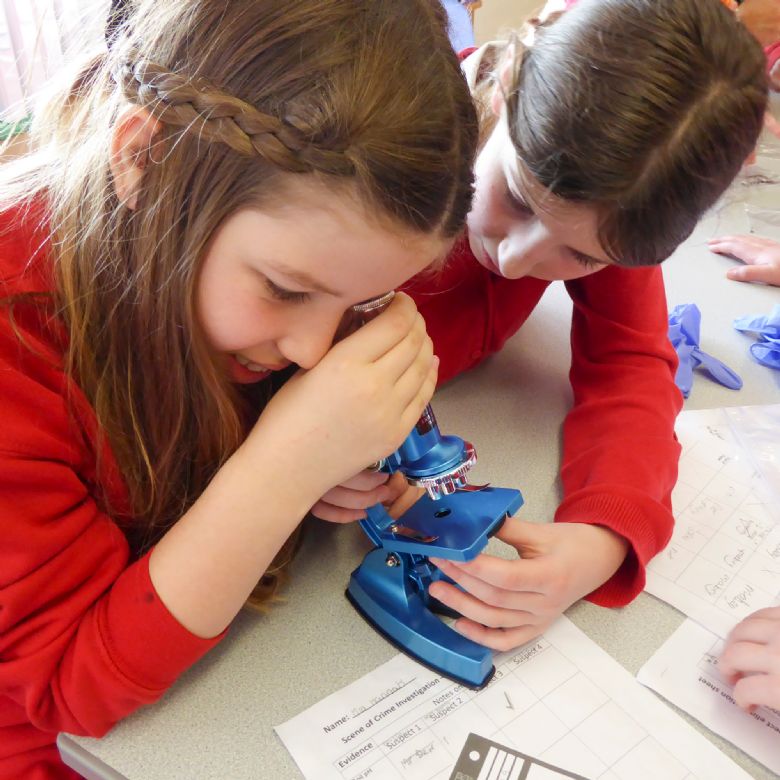 Hair samples and fibres from clothes of the suspects were examined and compared to those found at the scene. One suspect was white haired, another dark.

They also measured the footprints and looked at pattern of the imprints.  At the end of the day the evidence had mounted up and there was one prime suspect............

Now where had he gone?

Ask your children how they found out 'Who done it?'