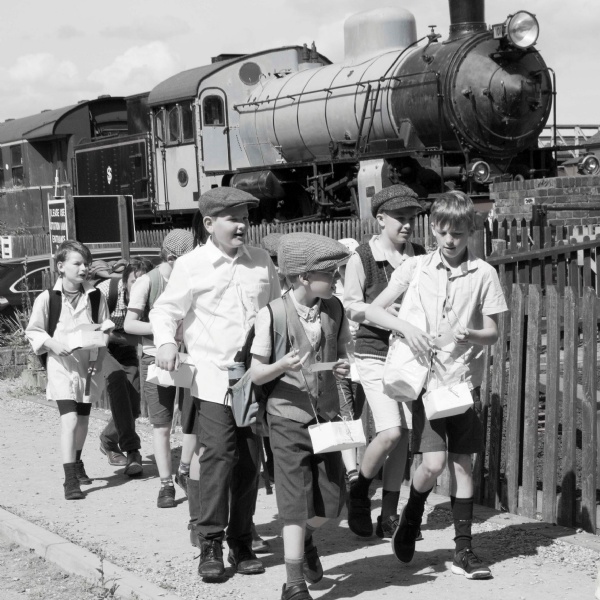 All the year 5 children recently visited Stibbington for a immersive experience of life as a WW2 evacuee.

The former Victorian village school building serves as Stibbington’s Day Centre.  It contains a large “modern” classroom, which provides a base for a wide range of environmental courses.     A smaller classroom is furnished and equipped for either Victorian lessons or for a World War 2 evacuation experience.

All the year 5 children were very excited to be going for this experience and they were all dressed appropriately for the day. 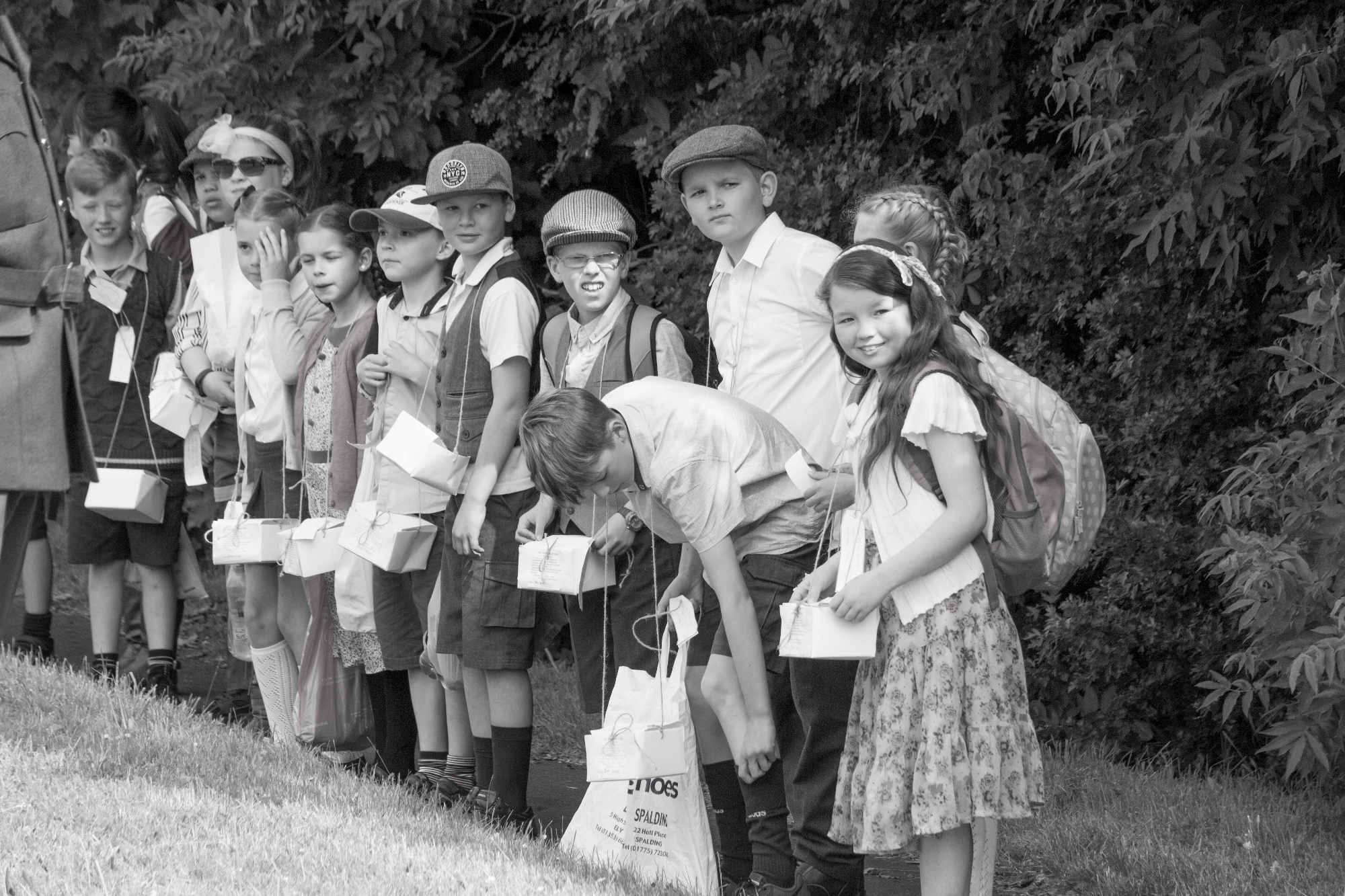 They were greeted on arrival by their new 'Teacher' and they went on a train similar to one they might have left London for the country on. 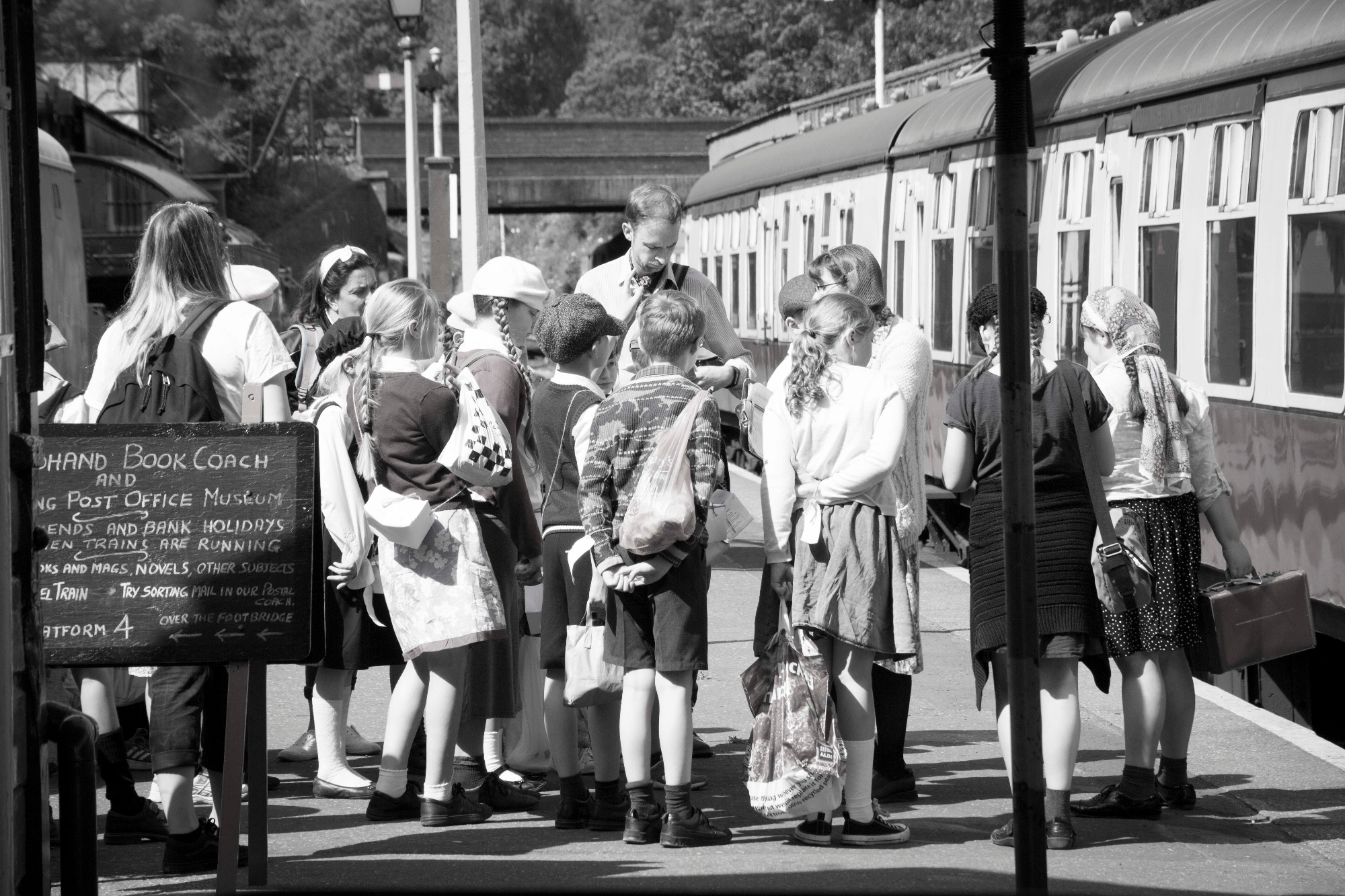 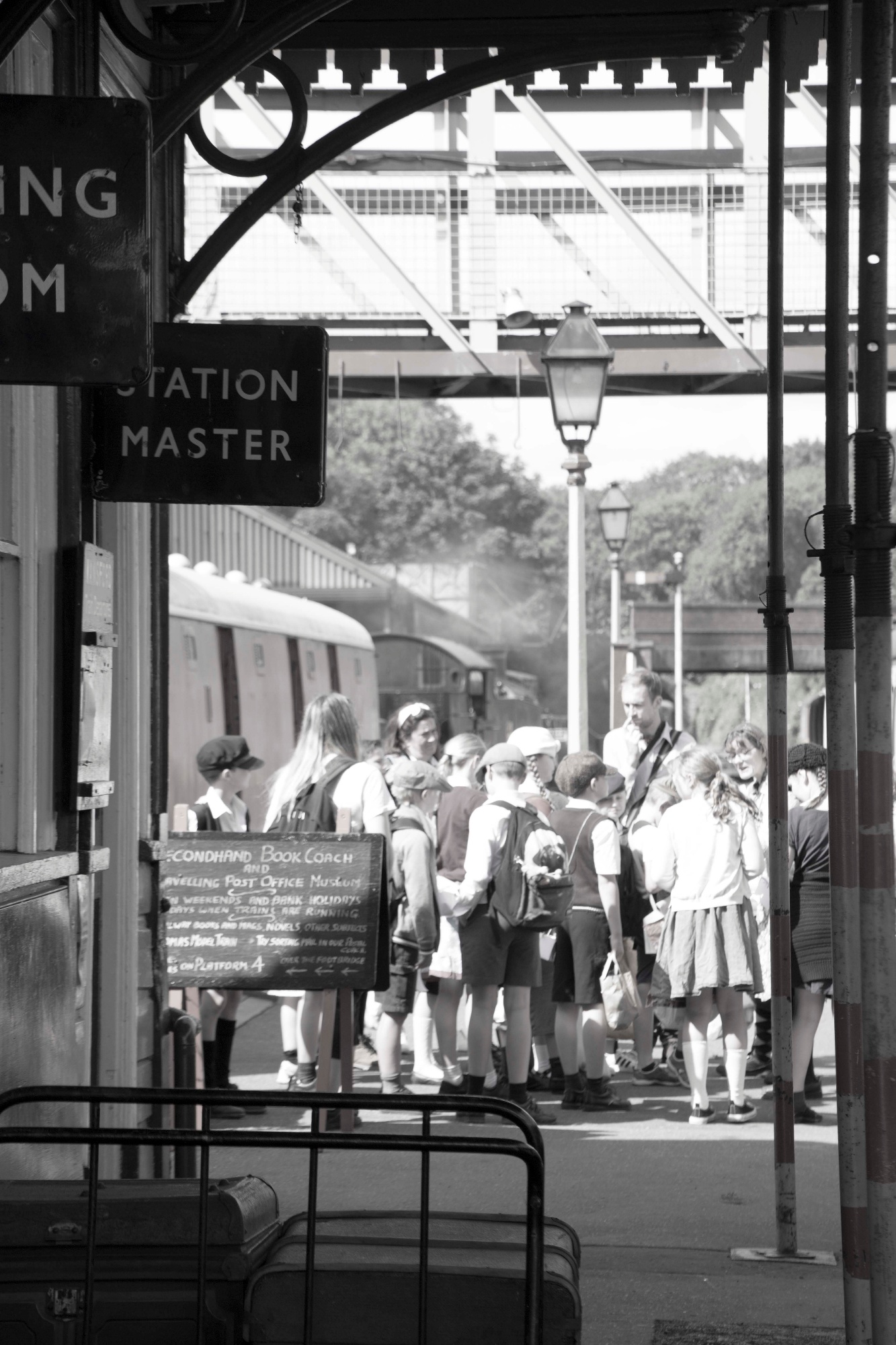 After they had been on the train there was a walk across the fields to their new 'homes' and then a visit to their new school and their classroom.  They made identity cards and played with authentic toys in the playground.  They also got to write with dip pens and ink.  Sorry if they came home with black fingers! 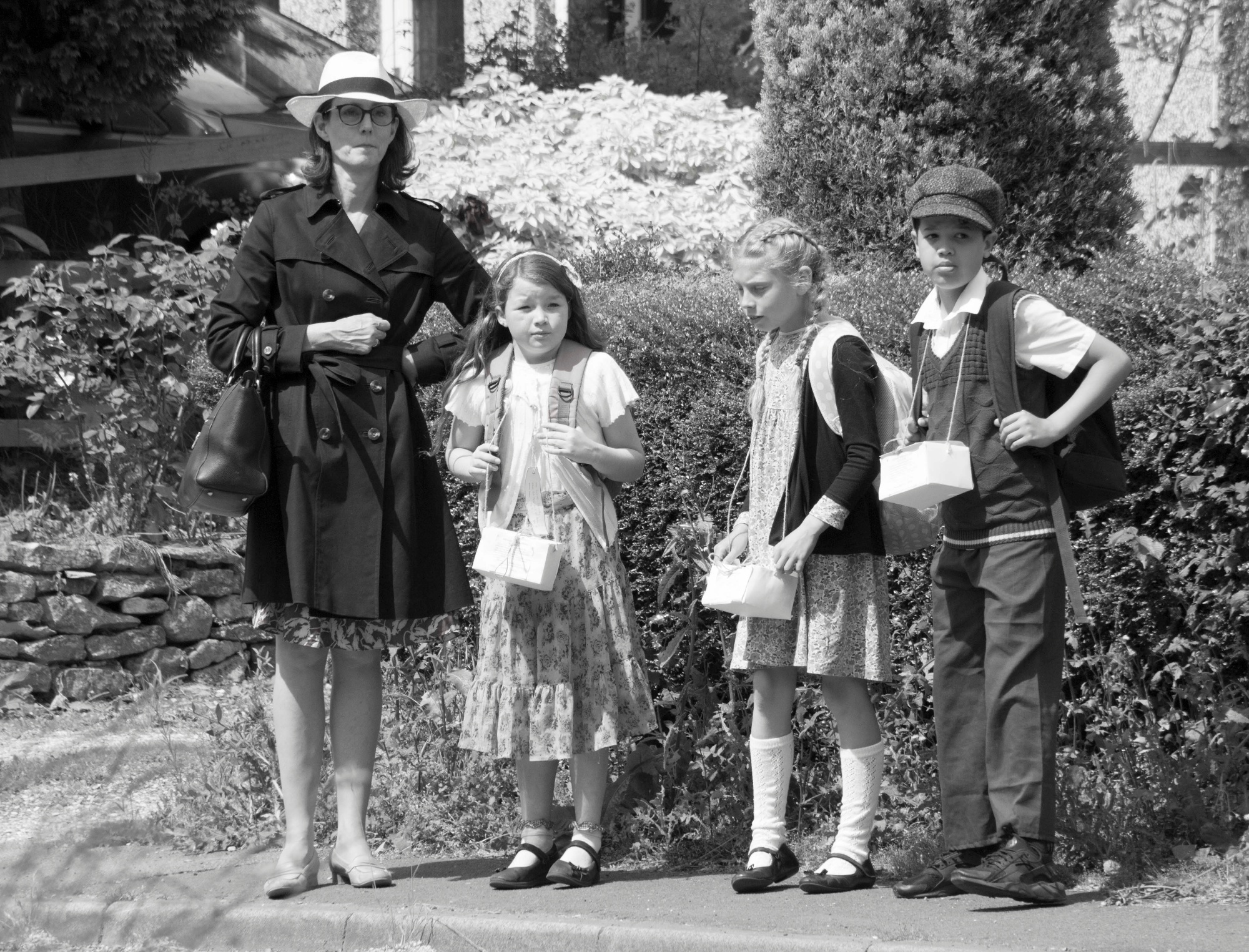 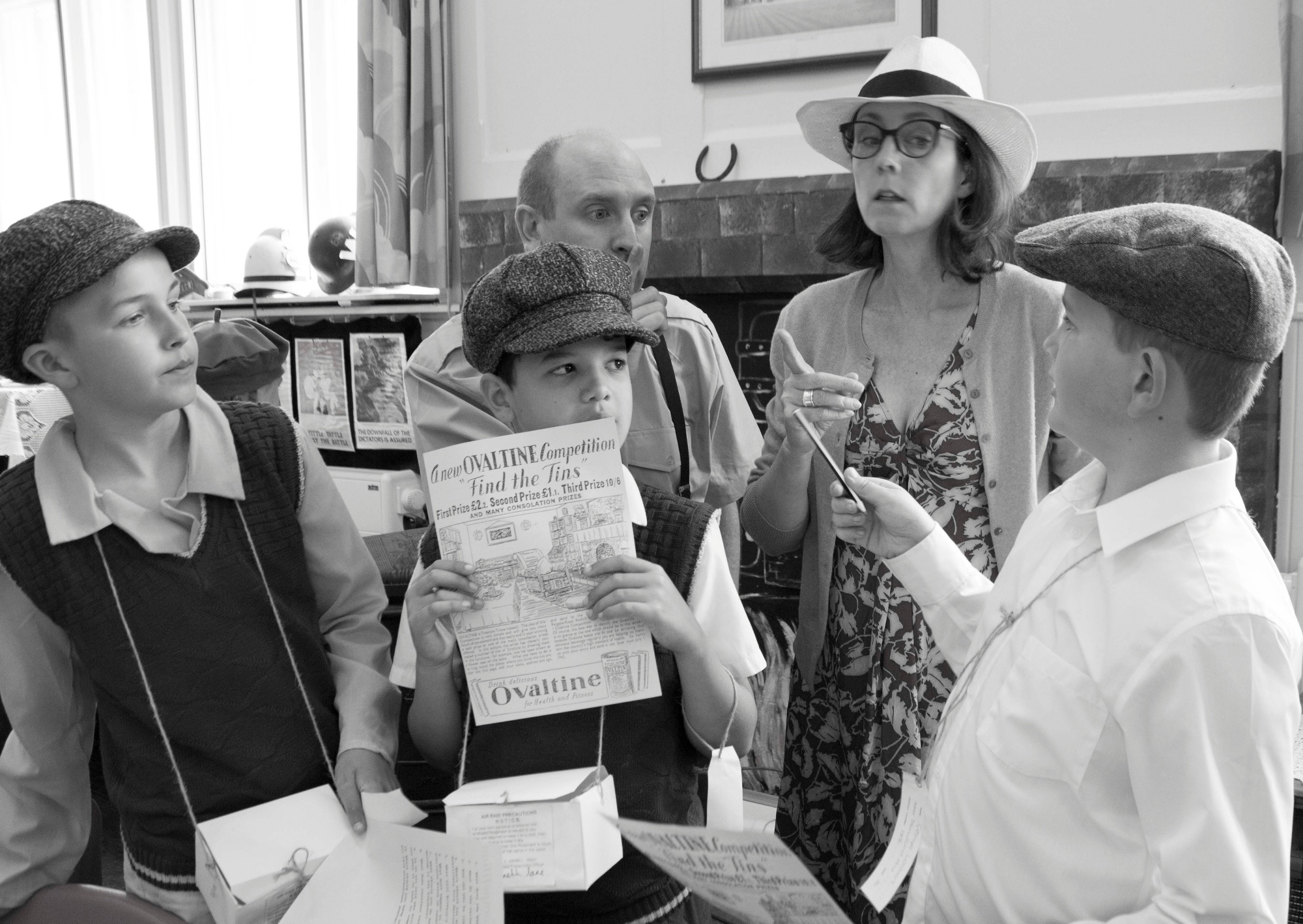 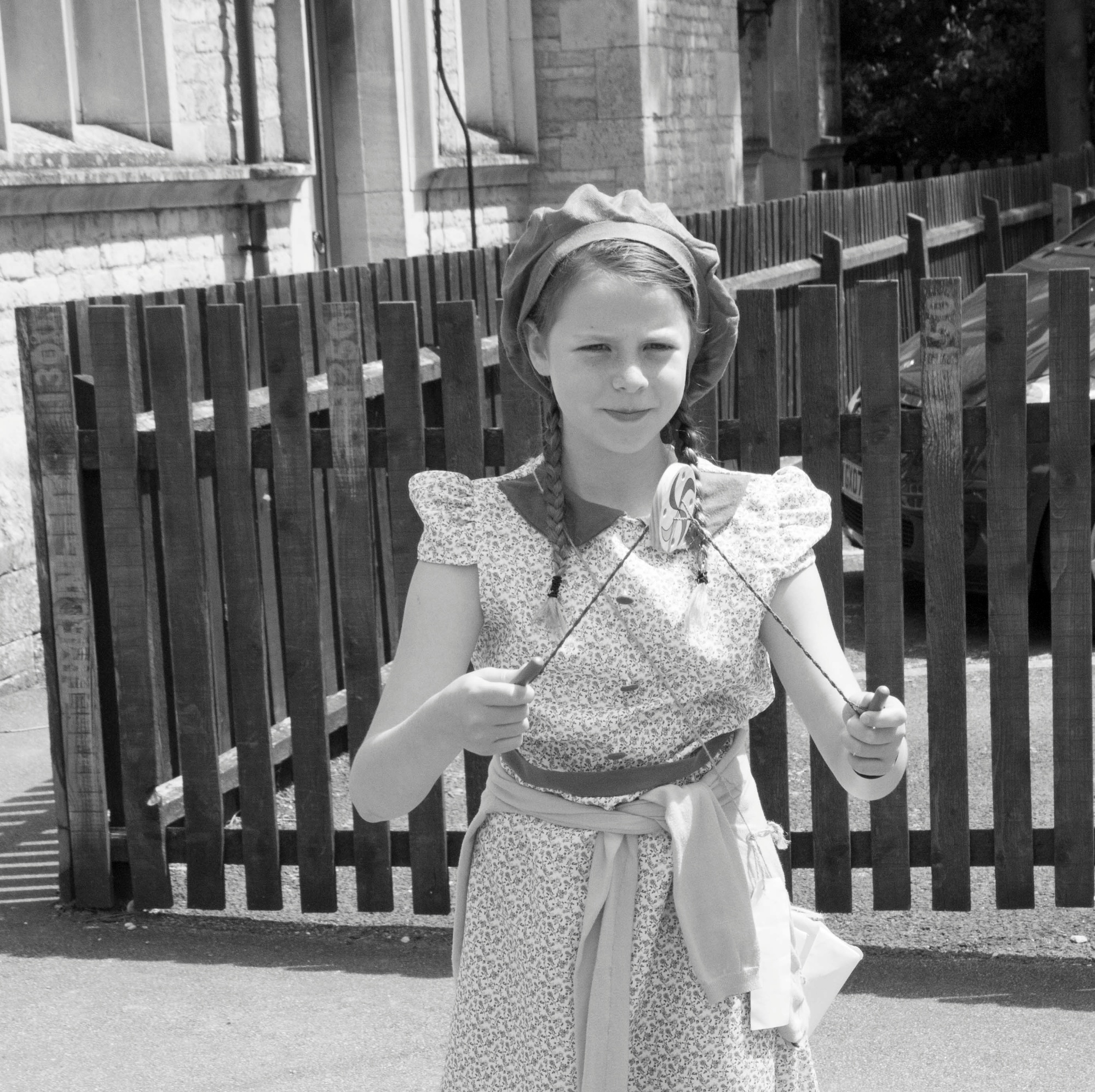 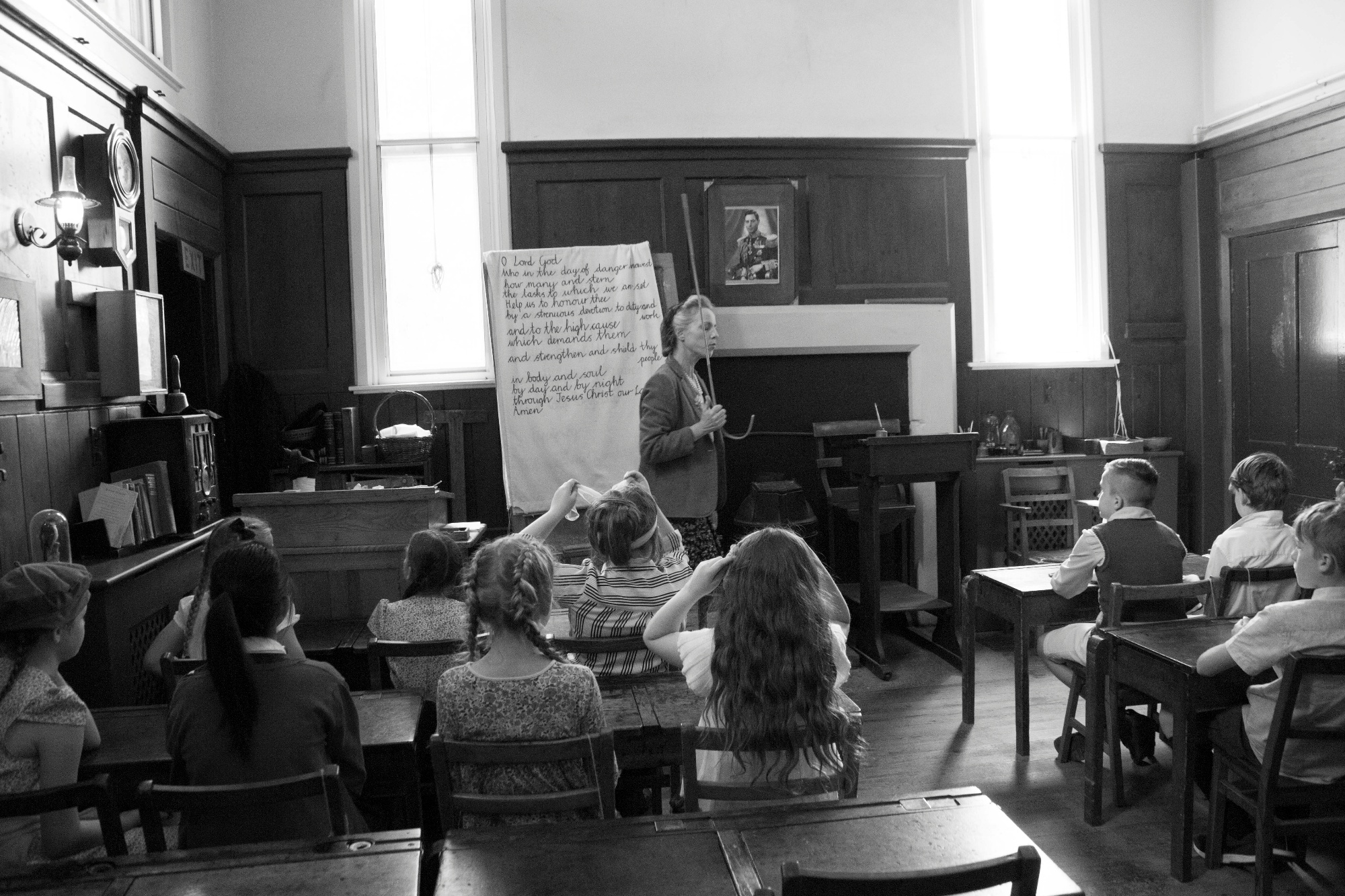 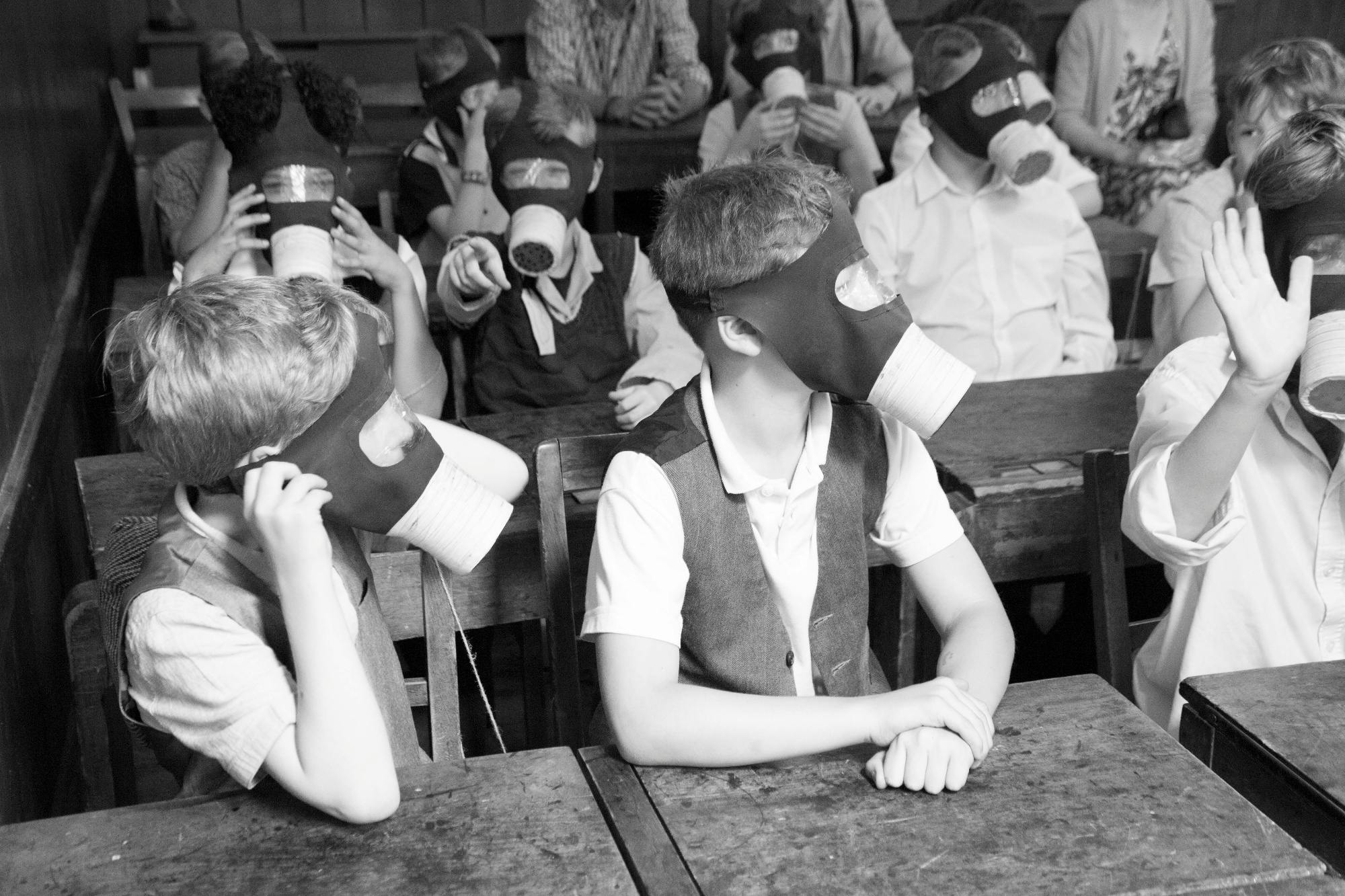 They practised putting gas masks, heard a speech on the radio from Princess Elizabeth, endured an air raid where they had to leave the classroom and go to the shelter and then leave with their new carers! Not really - they all came back safely.

Have a look at the video of them singing 'It's a long way to Tipperary'.....

Here is a first hand report from the children......

This term year 5 had been learning about World War 2 and had made gas mask boxes. They were looking forward to finding out more about life during those times.

At 8.45, we got on the bus. Before we left, we were given our gas mask boxes and name tags: we were really excited. Some parents stayed to wave us off, as if we really were evacuees leaving London for the countryside. It took about an hour to get there.

Once we arrived in Stibbington, we went onto a train to pretend that we had done a long train journey from the city. We did the register, then we went to find out who was going to look after us and walked around the old village (with some thatched cottages) to see which house we were going to live at. Cameron and Tom were told they would live in a semi-detached house that kept their own chickens. The teachers made it seem realistic by being strict and threatening us. We felt a bit nervous.

Eventually, we arrived at the school and went into a classroom. There were rows of desks which had a lid that lifted up and ink pots, which were used for ink pens. The first thing the teacher said was, “Don’t put your hands in the ink well.” 30 seconds later, Codie found himself covered in ink.

We were told how to pray, learnt a song (A Long Way to Tipperary), did spellings and the most exciting part was trying out the ink pens. Then we had a gas mask practice. Also we heard Princess Elizabeth talking about evacuees.

During the lesson, we heard the air raid siren go off, so we had to go to the shelter. We sang ‘Run Rabbit Run’ to stop us getting scared about the bombs. Loud crashes and bangs echoed about the countryside, so we didn’t feel safe. Then we heard the bell to say it’s ALL CLEAR.

At lunchtime, we could eat what we liked, luckily not World War 2 stuff. We played with the pretend guns, stilts, skipping ropes, metal hoops and yo-yos. It was nice to play outside.

During the afternoon, we wrote our identity cards. On these we wrote our name, siblings, appearance, date of birth, and address. These cards were needed to show to the police if they ever stopped you, so they knew you weren’t a German spy. After that, we did a quiz there were separate ones for girls and boys.

Overall, we had a really good day learning about life as an evacuee during World War 2.

We would definitely recommend it to other schools.

An enjoyable day for all!

More photos over in the gallery......